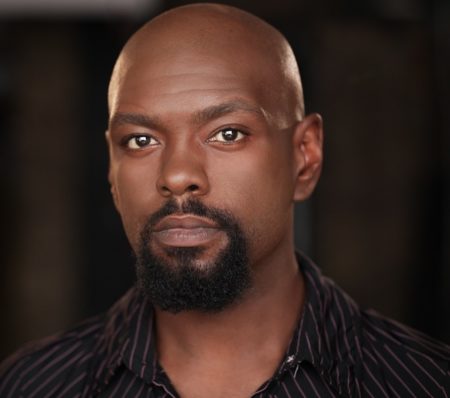 How old were you when you first had your first bout of pancreatitis?

I was 24, and it was after a particularly rowdy night. It would last for a day and a half and always felt more than a hangover. Symptoms involved a lot of vomiting and going to the bathroom. I would have several of these types of hangovers over the next 17 years. I got older into my late 30’s I assumed it was an ulcer as I would have frequent “stomach aches” that lasted for days until I could drink them away. (Spoiler alert: a piece of advice I would give to other patients would be to actively listen to your body)

Did your doctors know it was pancreatitis right away?

After describing my symptoms, my primary care physician had me do some bloodwork and immediately found that my pancreas was inflamed. After the initial CT scan (a month later due to Covid) chronic pancreatitis was found and I was referred to the GI team at the University of Illinois – Chicago, and Dr. Ed Villa is who I’m with now. I’ve been blessed not to have to stay in the hospital. There probably were times over the years where I should have gone in, but I didn’t have health insurance and it wasn’t an option for a starving artist like myself then. I’m now on Medicaid thankfully and my procedures are covered.

I’m a professional actor, playwright, and Drag Queen – life was amazing and very wild. I drank a lot, partied, and worked in a late-night bar. Mentally, I was also in a deep depression after losing my Mother in 2015. Having lost my Father to war when I was 9, and as I am an only child and single – I live my life on my own now and that adjustment was incredibly hard on me. I just turned 40 in July 2021! So that’s awesome. 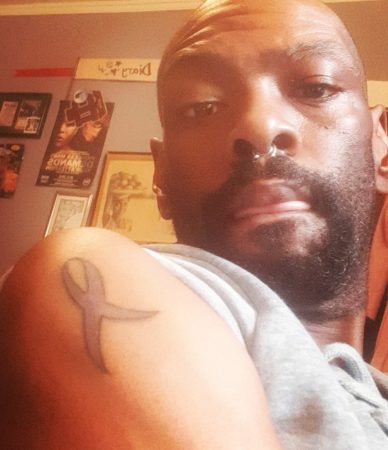 After being diagnosed with pancreatitis, Aaron was inspired to get his first tattoo, a purple ribbon for pancreatic disease awareness.

What was your life like living with pancreatitis attacks? What did you have to do differently to work around this illness?

Again, I’m backreferencing because at the time I didn’t know what was going on- so I continued on with my life as best I could. My pancreas was always triggered by drinking. I often would take a heating pad to work to calm it down enough and would pop antacids or ibuprofen if I was feeling fancy. I lived a very busy life and there was just no time to be ill or drink water apparently.

Then the pandemic hit, the bar closed, and I was stuck inside my house for a year and a half; unemployed with no government assistance until September because IDES was so backlogged. I drank more than ever then. In November of 2020, I had my biggest attack that would not go away. I had to wait until January 2021 to see a doctor (because Covid and I had just established new insurance, etc.) and didn’t get put on Creon until February 2021 which is when I got my diagnosis. In that four-month flare-up, malnutrition had begun to set in and I was down 40 pounds I could barely walk a block or eat anything besides ramen. I’m already a pretty skinny person, so I ended up losing lots of muscle from my entire body and the fat layer between my stomach and pancreas (causing friction and more irritation). Thankfully the Creon is working (I’m on 36,000 lipases, 2 with each meal, one with snacks) and I’m able to eat again – though I am on that very strict diet. Many things trigger my pancreas, but I listen to my body very carefully – take my vitamins, enzymes, and THC and drink about 1-2 gallons of water a day. In addition to whatever other liquids (decaf coffee, juice, or Boost/Ensure, smoothie) – and have begun to be able to try new things. Living In Chicago, it’s hard not to eat out but “Hey hunny, everywhere has a salad” is what I say! I also can eat ramen or most Mediterranean foods. 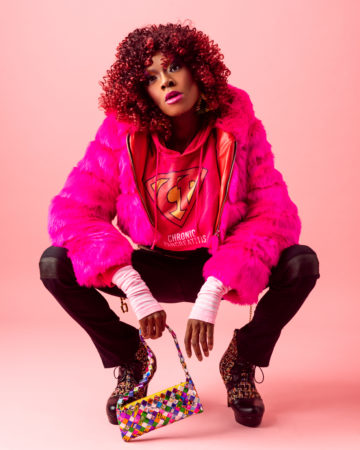 Are there cultural stigmas with chronic illness? Did your friends know what pancreatitis was?

Cultural Stigma is a beast. When people think you might be dying, they get weird. Suddenly no one knows how to talk to you. I’ve lost lots of friends just due to their discomfort. My friends and family had/have no idea what chronic pancreatitis is, and even when they do know, they don’t realize how serious it is or the scope of it all. My illness is invisible (if you don’t count the dramatic weight loss) so it can be hard – ultimately, it’s for the best. The people in your life that truly love you will be there for you, and you’ll see them stick out like shining beacons of light when you look for them.

I also had to forgive myself – I did this to me, though I may be genetically predisposed as pancreas disease affects Black and African American males the most, there is a stigma around pancreatitis and what people think is a “drunk’s disease”. I had to get myself to a place where I felt comfortable telling folks how I got it. It’s still hard but I power through as I figure I’ve already had a whole disease I shouldn’t also torture myself with guilt.

I’m a darn Drag Queen after all! So I adjusted my crown and got to work educating and raising awareness about pancreatitis through my TikTok and Instagram.

Any illness will take a toll on you mentally and physically. For patients that are living with pancreatitis as well, what piece(s) of advice would you tell them to help them get through this?

Take care of your mind. It can be hard to have this illness wake you up every day. It’s not a great thing to look forward to. Especially if you’re finally able to fall asleep. I do morning affirmations, mindfulness meditations, and yoga daily to keep myself focused on staying healthy and to keep the pain at bay. It felt corny at first, but now it’s a routine that gets my day started right and keeps me going throughout the day. It’s easy to feel defeated. Take care of your mind, please. I’m personally going to start therapy soon.

As a rule, I wouldn’t eat things friends or others prepare for you just to be polite (if you know it will flare you up). It’s really not worth it – they’ll be mad or hurt or whatever, I promise you they’ll get over it or they won’t; but you’ll avoid days of pain and a possible hospital stay.

Also, quit drinking and smoking forever immediately. You’ve got to be more selfish – in a good way. Put yourself first, protect your peace.

Every body is different, so it’s important to actively listen to YOUR body and take control of your health as best you can. I happened to be very poor, uninsured, and unable to get to a doctor sooner, but if I could’ve I would’ve.

How are you feeling now?

These days I’m feeling great. I had a Celiac Plexus Block done in June of 2021 and it really helped. I still have other symptoms (back pain, cramping, bloating, nausea, fatigue, etc) but the debilitating pain has really died down. I’m back on stage performing, I walk/jog at least a mile a day. I rest when I need to/can and am taking life very easy, and actively finding joy in every second. I’m looking forward to many more years advocating and raising awareness for chronic pancreatitis through my art and Drag! Follow @shalitacake on Instagram!

I found NPF through Facebook after searching “chronic pancreatitis”  – it popped right up. And I’m so glad it did as it let me know that I could still have a life after this diagnosis, and I intend to.