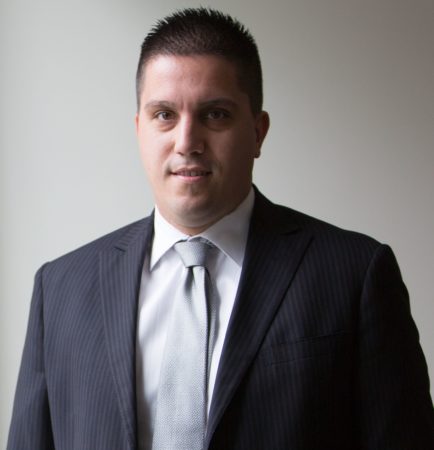 Anthony G. Joseph is an attorney at the firm of Masters Law Group, LLC in Chicago, IL. Mr. Joseph received his B.A. degree in Global Economic Relations from the University of the Pacific in Stockton, CA. He obtained both his J.D. degree and Certificate in Trial Advocacy from The John Marshall Law School in Chicago, Illinois. He was admitted to the Illinois Bar in November 2010, the Federal General Bar and Trial Bar for the United States District Court for the Northern District of Illinois in 2012 and the United States District Court for the Eastern District of Wisconsin in 2020.

Mr. Joseph is an active trial lawyer whose practice focuses exclusively on Family Law, with a particular emphasis on International Child Abduction and cross-border custody issues pursuant to the Hague Convention of 1980 and the UCCJEA. Mr. Joseph also publishes in the area of civil litigation. Mr. Joseph has also served as an adjunct professor at DePaul University in Chicago, Illinois. Mr. Joseph is “AV” Preeminent Rating from Martindale-Hubbell Peer Review, which is the highest peer review rating available and has been named a “Rising Star” by Illinois Super Lawyers in both 2019, 2020 and 2021. Mr. Joseph is also on the list of approved Guardian Ad Litem/Child Representatives for the Domestic Relations Division of the Circuit Court of Cook County.

Mr. Joseph has also litigated cases in both the state court of Illinois and multiple United States Federal Courts involving the Hague Convention of 1980 and international child abduction issues. Finally, Mr. Joseph also concentrates his practice in area of domestic relations, which includes divorce, allocation of parental responsibilities and child support as well as prosecuted and defended Orders of Protection. Mr. Joseph serves on the Board of Directors in loving memory of his mother.