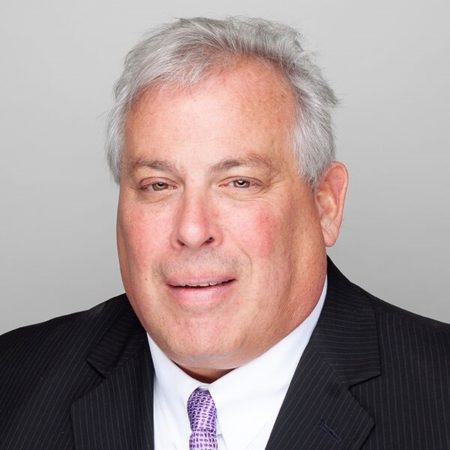 BETHESDA, MD – March 23, 2020: The National Pancreas Foundations’ (NPF) Board of Directors recently announced David Bakelman as the new CEO. The NPF provides hope for those suffering from pancreatitis and pancreatic cancer through funding cutting edge research, advocating for new and better therapies, and providing support and education for patients, caregivers, and health care professionals.

Bakelman will use his expertise to expand NPF’s fundraising, patient and medical programs as well as increase the current base throughout the country.

“We are honored that David has joined the organization,” said Dana K. Andersen, MD, FACS, Chairman of the Board of Directors. “His executive experience in the nonprofit realm will guide the NPF to the next level of success, by increasing our fundraising initiatives and patient programs.”

Bakelman has a rich history in growing nonprofits through his senior-level leadership over the past 15 years. Most recently, David served as CEO of The Pap Corps – Champions of Cancer Research and raised funds for cancer research at the Sylvester Comprehensive Cancer Center – University of Miami.

Previously, David served as National CEO of HelpHOPELive, a Philadelphia-based national health organization which helps organ and cell transplant, spinal cord and traumatic brain injury patients raise funds to offset their medical expenses. HelpHOPELive is ranked in the top 1% of all charities in the United States.

Bakelman also served as President of the Magic Wand Foundation, an international youth empowerment charity and as National CEO of StandUp For Kids, a non-profit serving homeless youth in 47 cities throughout the United States. Prior to that he served as the Executive Director of Georgia Transplant Foundation, the largest human service organization in the country that provides financial assistance and advocacy to the organ transplant community.

Having built his nonprofit career with the United Way of Metropolitan Atlanta as Vice President of Resource Development, he was responsible for the 4th largest United Way fundraising effort in the country, leading an $80 million annual fundraising campaign raising over one quarter of a billion dollars under his leadership.

About the National Pancreas Foundation:

To fulfill its mission, the NPF raises and manages a charitable foundation from which grants are made directly to researchers seeking to resolve the challenging medical problems of pancreatic diseases. The NPF is the only foundation dedicated to patients who are suffering from all forms of pancreas disease – pediatric pancreatitis, acute pancreatitis, chronic pancreatitis and pancreatic cancer.   A National Patient Registry is being developed for individuals suffering the isolating and debilitating conditions associated with pancreatic disease.

The NPF and its founding members and volunteers are committed to maximum efficiency. The Foundation’s goal is to direct as much of our revenue to programs. To achieve this, we rely heavily on the invaluable donations of time, energy and financial support of the many friends and interested parties who have been touched by the suffering of so many people. Research grant proposals from a wide variety of researchers are solicited. With the help of the Foundation’s Grant Review Council, the NPF makes grants to those whose proposals appear most likely to lead to scientific advancements in the field of pancreatic disease. Founded in 1997, the NPF has given over $4 million to fund 121 groundbreaking research projects. The Foundation advocacy efforts have also been very effective, actively participating on the advisory council for National Institute of Diabetes and Digestive and Kidney Diseases, the National Cancer Institute Gastrointestinal Steering Committee, and as Department of Defense Consumer Reviewers.  Furthermore, the NPF has supported initiatives that have led to millions of dollars of additional research funding by the National Institutes of Health, the Department of Defense, and other institutions.