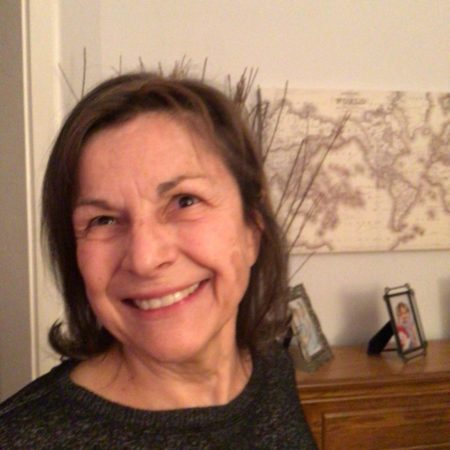 My pancreatic cancer was found because of a proactive heart scan. In 2017 my annual physical was scheduled in February. Because that is women’s heart health month, and my family has a history of heart disease, I requested a heart scan. That scan came back great, but something was detected on my right side. I followed up with an ultrasound, a CT scan, and of course blood work. My doctor found that my adrenal gland had spread and had growths on it, and there was a growth on the tail of my pancreas. Fortunately, the growths on my adrenal gland were benign, but I had pancreatic cancer. In hindsight, I realized that I had symptoms including backache and bloating, normal symptoms for many women. I had digestive issues on and off for many years as well. Like the other symptoms, I didn’t think anything about it.

The Next Steps
The pancreatic cancer was neuroendocrine, not quite stage II. My wonderful surgeon said I was fortunate because neuroendocrine pancreatic cancer is more treatable. I felt lucky it was caught early because the disease could have become much worse. I was able to have surgery to remove the tail of my pancreas, plus my right adrenal gland and spleen. Although the surgery was successful, I had a seizure the day after and fell. Apparently, I was Code Blue and my entire body shut down. I was in the ICU for four days, which I have no memory of, thankfully. 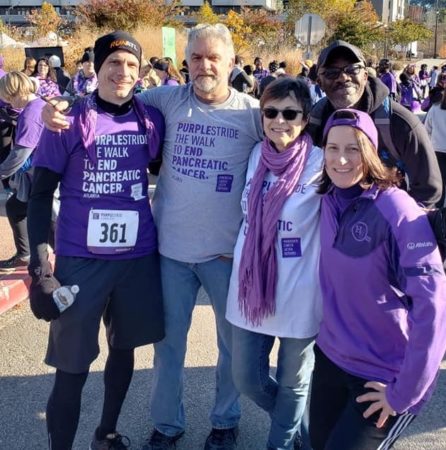 After Treatment
So far I have been extremely lucky. I have not had to have any further treatment. I have an MRI every six months. There are a few small spots on my liver that have not increased in size and are too small to biopsy, as well as a small spot on the thyroid, again too small to biopsy. I guess one could say my treatment is having scans! Regarding nutrition and diet, it is an issue that continues to annoy me as it is an adventure in what to eat!

Since I was diagnosed, I wanted to find out what organizations were out there working toward a cure. What has helped me throughout my cancer journey is advocacy. After I recovered from surgery I became involved with organizations such as PanCAN and more recently the National Pancreas Foundation to spread awareness and encourage others to pay attention to their bodies. There is no known cancer in my family, so I am very lucky and blessed to be here thanks to amazing doctors.  I am so grateful that I found the NPF, as the level of commitment and professionalism is unsurpassed. I hope in some way I can help their efforts in the Atlanta area.

For those who are on their own pancreatic cancer journey, please educate yourself on the disease and above all else, have hope, because there is!