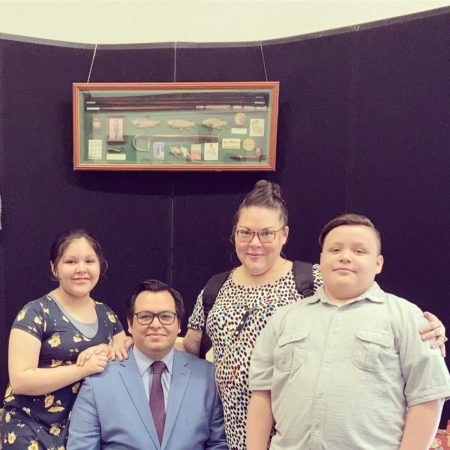 Breanna and her family

My daughter Breanna was born with a passion for loving and serving others, and her ever-present laughter, talented music, and songs filled our world!  She had a unique way of making everyone feel truly loved and treasured. She was the typical teenage high school girl, full of energy and big plans. During her senior year of high school, she worked part-time while also attending community college where she carried a full-time load there as well. Breanna never met a stranger and would reach out to anyone and everyone in whom she sensed a need.

It was January of 2004 she contracted the Epstein-Barr virus, also known as Mono or the Kissing Disease. I didn’t know much about this virus but was alarmed one morning when she woke up and vomited nothing but bile. Her pediatrician didn’t seem too concerned, saying it might be another virus on top of the Mono that just needed to run its course. She made an appointment to see him anyway because her urine was a very dark orange color and we thought possibly she had a urinary tract infection (we later learned she was jaundiced). We were up each night for approximately two weeks while she suffered from severe pain. Very early one morning she said the pain was so bad it felt as if a sharp knife was stabbing all the way through to her back.  She could hardly breathe and told me to call 911, and off she went by ambulance to our very small local hospital. We were very fortunate she had the physician that she did because when her first set of bloodwork came back showing really nothing to be alarmed by, he decided to run a second set of bloodwork due to her symptoms. When he walked into her room and said, “You have pancreatitis”, our response was “Whew!” We finally had a name and a diagnosis as to why she had been so sick. We never suspected that this was just the start of her long painful journey.

Three months later she needed to have her gallbladder removed as it was only functioning at around 30%. This surgery caused another pancreatitis attack and her gastroenterologist referred her to Dr. Simon Lo at Cedars Sinai Medical Center in Los Angeles, California.  Dr. Lo ran many vials of blood work on her and a magnetic resonance cholangiopancreatography (MRCP) as well. He was skeptical, thinking she might have liver disease, but that never showed up in any of the results. Breanna had her first endoscopic retrograde cholangiopancreatography (ERCP), a procedure to diagnose and treat problems in the liver, gallbladder, bile ducts, and pancreas, done at Cedars Sinai 2005.  This procedure seemed to help her fairly well for approximately 10 years. 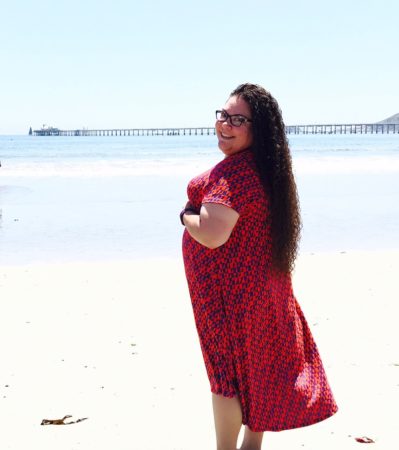 In between that time, she married her husband, David, in 2006 and they had two healthy children, Jayden in 2008 and Kaylee in 2010. Although she had a few flare-ups of pancreatitis, they were not too severe, and she seemed to bounce back quickly. She poured herself into loving and raising their two adored children and serving with her husband in youth ministries.

By September 2015, her symptoms of pancreatitis became more frequent, so her specialist said it was time to do another ERCP. This seemed successful as she recovered and was able to be discharged home the very next day.

In August 2017 Breanna got a job working near where she lived, however, due to her ongoing health struggles which often left her not feeling well, she was only able to continue working for four months. Never one to dwell on the difficulties, Breanna looked for ways to battle her illness. She had started an Instagram account called The Painful Struggle and via this social media platform began to detail her struggles with chronic pancreatitis, pancreas divisum, nausea, fibromyalgia, chronic fatigue, and many other ailments she dealt with on a daily basis. She had over 1,100 followers and 210 posts. From this social media platform, she not only gained new friends, but also received much encouragement from her followers. And in return, she gave so much love and encouragement back to so many whom she learned to love virtually.

To say Breanna was close to her grandparents would be an understatement.  She and I (her mother) lived with them the first three years of her life and their bond was very strong. Her grandmother passed away in 2014, and though she lived hours away, Breanna visited her Papa often after her grandmother’s passing. Her papa was her world, and when he passed away in August 2018, she posted on her social media saying he was her world and she didn’t know how she could live without him, and that she would see him soon. We didn’t realize then how true that statement was.

Breanna started to have more attacks of pancreatitis and by November 2020, on the advice of her pancreatic specialist, made the difficult decision to have a feeding tube placed. She seemed to do very well for the first few months, however, the feeding tube fell out in March of 2021, and she was rushed back to Cedars Sinai to have it placed again. This time it took a four-day hospital stay before she recovered and was able to go home to be with her children and husband. 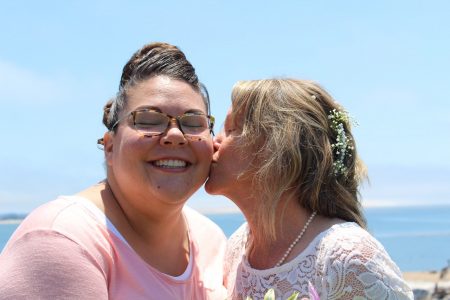 Breanna and her Mom, Paula Fuller

Sadly, one month later she had one of her worst pancreatitis attacks and was admitted to her local community hospital.  Her lipase levels reached more than 1,900 and her liver enzymes were terribly high. In the following month, May of 2021, she underwent total parenteral nutrition (TPN) to infuse a specialized form of food through a vein (intravenously), as she was having constant diarrhea, even with the feeding tube in place. Her doctor said it seemed her body was not absorbing nutrients and her pancreas was failing her. In June 2021, Breanna contracted sepsis, most likely from her feeding tube/TPN. By this time, she was averaging every two weeks in the hospital.

My angel came home from her last hospital stay in August 2021, and as she normally would do, slept a lot to recover. She had defied every obstacle she faced. After her fourth day home, she spent her last precious hours drinking in the smiles of her children, their blended laughter ringing throughout their final “Stay up all night together.” With penultimate love, she finished painless. Victory flags waving, as she at last lay down to sleep.

Breanna was a strong and courageous fighter, all the while encouraging so many, including those who encouraged her.  Most never knew the pain she truly endured, for she never allowed her pain to be the focus of her beautifully lived life. I hope to carry on her legacy, and, somehow, help others fight this awful debilitating disease, and to share her life and love.  As a portion of a poem (written by her Aunt Sharon) about her says:

The world feels different without her.
Her leaving was tangible
As though something shifted, knowing.
It’s emptier without her in the World…
When Breanna walked into a room—
She was THERE!  FULL of life!
And that explains everything:
She lived life to the FULL,
Withholding nothing.
Giving and savoring
Every good gift from God.
Breanna’s fire has not gone out
We are just more distant from the flame that is her.

We must keep that flame—her fierce determination to love and to give, fully alive.