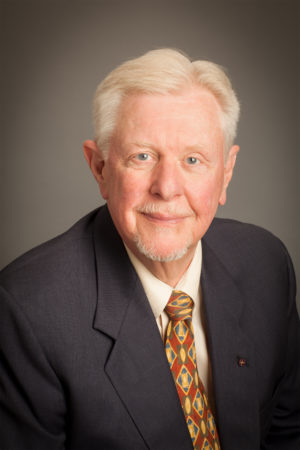 Dr. Andersen received his undergraduate and medical school training at Duke University, where he was a member of Alpha Omega Alpha, the medical honorary society. His research mentor at Duke was Hal Lebovitz, the Chief of Endocrinology, who taught him to question dogma and inspired him to include research in his career goals. Dr. Andersen remained at Duke for his residency training in both Internal Medicine and General Surgery, and became Board Certified in both specialties. He initially planned to become a Gastroenterologist, but a 6-month elective as a General Surgery resident convinced him that abdominal surgery was more interesting and more fun.

Dr. Andersen’s career is marked by decades of pioneering research and discoveries in the diagnosis and treatment of pancreatic diseases. At SUNY, he and his colleagues developed the method of isolated human pancreas perfusion. Cadaveric pancreata were not yet sought for islet transplantation, and organs were only available for in vitro perfusion studies. He continued his career as Chief of General Surgery for the University of Chicago where his lab found that membrane-bound GLUT2 was internalized by insulin in normal livers, but remained membrane-bound and therefore actively releasing glucose in livers of animals with chronic pancreatitis. In 1994, he was recruited to Yale University as Chief of Surgical Gastroenterology and Chief of General Surgery at Yale New Haven Hospital. At Yale, his division conducted one of the first studies showing that training on a virtual reality simulator resulted in an 85% reduction of intra-operative errors during laparoscopic cholecystectomy. The study, published in the Annals of Surgery, has been cited more than 2000 times in the medical literature. Clinically he worked with Mark Topazian and Fred Gorelick to develop organ-sparing excavation techniques to treat chronic pancreatitis and low-level malignancies of the pancreas. In 2001, he was recruited as the Haidak Professor and Chair of the Department of Surgery at the University of Massachusetts where he established a program for total pancreatectomy with islet auto-transplantation, and performed the first TPIAT procedure in New England.

Dr. Andersen continued his legacy at Johns Hopkins as Vice-chair and Chief of Surgery at Hopkins Bayview Medical Center, where he was also President of the Medical Staff. In 2012, he joined the Division of Digestive Diseases and Nutrition at NIDDK where he currently serves as Scientific Program Manager. His focus at NIDDK has been on the development of research programs in pancreatic disease. The 2013 workshop on Pancreatitis- Diabetes-Pancreatic Cancer was instrumental in the development of the NIDDK-NCI co-sponsored Consortium for the Study of Pancreatitis, Diabetes, and Pancreatic Cancer (CPDPC). Dr. Andersen has served as President of the Association for Academic Surgery, was a recurring member of the Surgery, Anesthesiology and Trauma study section of the NIH, and is a co-editor of the popular textbook Schwartz’s Principles of Surgery.

He was first involved in the NPF in 2011 when John Lieb, an organizer of the Fellows’ Symposium, asked him to serve as a faculty speaker that year. Since then, he has been a repeat speaker on research opportunities and clinical research design. In 2015, Jane Holt (co-founder) asked him to join the Registry Steering Committee, and in 2017 he joined the NPF Board of Directors.

Dr. Andersen’s research and clinical interests include both chronic pancreatitis and pancreatic cancer, and the mission of the NPF fits squarely with those interests. Before joining the NIH as a program officer in NIDDK, he cared for many patients with both forms of pancreatic disease and know fully the challenges facing both patients and physicians. His transparent agenda at NIDDK is to increase funding programs related to pancreatic disease. The success of other disease-oriented foundations in driving awareness and research funding convinces him that the NPF has an important role in improving the care of patients with both benign and malignant pancreatic disease through its educational, support, and advocacy programs and is happy to contribute in any way to advance that mission.