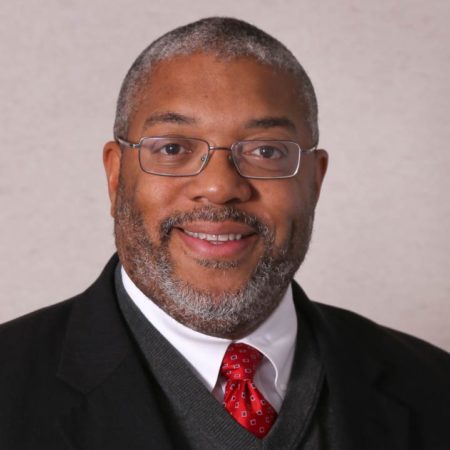 Dr. Darwin L. Conwell is a physician-scientist in gastroenterology specializing in pancreas disorders.  Dr. Conwell received a Bachelor of Science in Chemistry with Honors from Ohio University, Medical Degree from the University of Cincinnati College of Medicine and a Master’s Degree in Clinical Research from the University of Michigan.  Dr. Conwell completed internship and residency at The Christ Hospital in Cincinnati, Ohio and gastroenterology fellowship at the Cleveland Clinic Foundation. Dr. Conwell served as faculty at Cleveland Clinic for 15 years and pioneered the pancreas program.  He later served on staff at Brigham and Women’s Hospital in Boston as an Associate Professor of Medicine at Harvard Medical School.

Dr. Conwell is currently Professor of Medicine at The Ohio State University College of Medicine where he serves as Director of the Division of Gastroenterology, Hepatology and Nutrition at The Ohio State Wexner Medical Center. He is former holder of the Charles Austin Doan Chair in Medicine and currently is the Floyd Beman Endowed Chair in Gastroenterology. Dr. Conwell is active in numerous gastrointestinal societies and is President of The American Pancreatic Association.  He has served on several committees at the American College of Gastroenterology including the abstract review committee, research committee and patient care committee.  He has also been an organizer of numerous clinical and research symposium at the annual meetings of the American College of Gastroenterology, PancreasFest, American Gastroenterological Association-Digestive Disease Week and American Pancreatic Association.  He is a national and international invited lecturer on pancreatic diseases and has spoken at numerous medical centers, digestive disease conferences and post-graduate courses.  As an educator he has won numerous medical student and GI fellowship teaching awards and has trained numerous gastroenterology fellows who have gone on to careers in both the private and academic sector.  Dr. Conwell is listed in Best Doctors and rated as one of the Top Doctors by Castle and Connelly.  He was recently awarded the American College of Gastroenterology 2017 Minority Digestive Health Care Award.

Dr. Conwell is an NIH-funded physician-scientist with over 100 peer reviewed publications. He has achieved extramural funding from the NIH-NIDDK, NCI, NIH-CATS, Harvard Digestive Disease Center, American College of Gastroenterology, ChiRhoClin, Inc., Solvay Pharmaceuticals and the National Pancreas Foundation.  He is currently the Principle Investigator of The Ohio State Pancreas Disorders Network, a member of the NIDDK/NCI U01 Chronic Pancreatitis, Diabetes and Pancreas Cancer (CPDPC) Consortium.  Dr. Conwell has several contributions to science including:  1) development of the endoscopic pancreas function test, 2) senior investigator in the randomized controlled trial reporting the beneficial effects of lactated ringers in acute pancreatitis resuscitation, 3) published the largest study on the association between chronic pancreatitis and  metabolic bone disease, 4) lead author on the American Pancreatic Association Diagnostic Guidelines in Chronic Pancreatitis and 5) senior author of the NIH white paper entitled:  Chronic Pancreatitis in the 21st Century – Research Challenges and Opportunities: Summary of a National Institute of Diabetes and Digestive and Kidney Diseases Workshop.