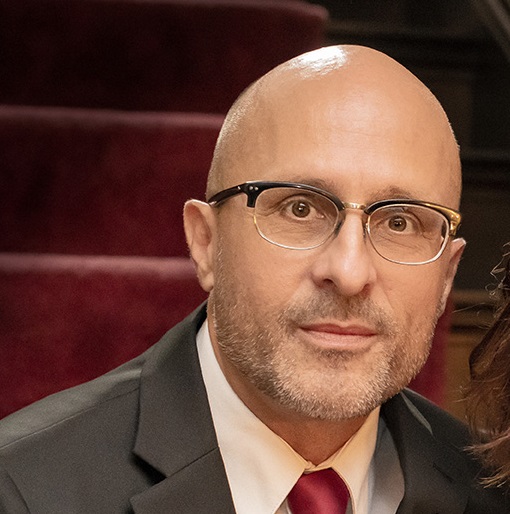 Ever since I can remember I’ve not felt well and often this feeling was accompanied by severe pain and recurring hospital visits.

For most of my youth, I spent about several weeks of every year missing school or being in the hospital.  Most of the time in horrible pain that made me wish someone could just cut out the part of my belly that hurt!  I never truly understood what was wrong with me or why I was “cursed” with this horrible pain nobody seemed to understand.  I remember one instance at about age 10 of staying in the car while the rest of my family went into a restaurant because my stomach hurt so bad.   After a few minutes, I passed out because the pain was so intense and was awakened by my mother when she came to check on me.  This was a fairly common scenario in my childhood.  Time spent in emergency rooms and often not getting pain medicine or relief from the awful pain I was forced to deal with.

Around age 16, I was formally asked to sit down for some pending news with my local GI doctor who told me that I had hereditary pancreatitis per the SPINK-1 gene mutation and that there were options and “at least it was not cancer”. What would follow that diagnosis would be years of increased attacks – to the point of the pain becoming a constant.  Let me reiterate – not just a belly ache here, but pain so bad sometimes you would wish for death.  Pain that, I feel, possibly kept me from being a different person I may have been and pain that prevented me from doing a lot of things in my life.

This diagnosis was followed by many failed treatments ranging from endoscopes, multiple nerve blocks, several stents, and a difficult day-to-day narcotic regimen.

In 2016 my mother passed after developing pancreatic cancer from her years of hereditary pancreatitis.  Her family is where the gene is dominant and I have other family members and relatives that have the same affliction.  Thankfully, my only son and niece do not carry the gene mutation, but my nephew and other cousins face this disorder. After watching my mother suffer and die unnecessarily early and having increased visits to emergency rooms, my doctor at the Mayo Clinic in Rochester, MN (Dr. Suresh Chari) referred me to the University of Minnesota and suggested I undergo a Total Pancreatectomy with Islet Autotransplantation  (TPIAT) surgery.

I always have thought positively throughout all my difficulties with this and my team at the U of Minnesota was amazing.  My surgeon Dr. Dunn and everyone there never allowed me to doubt that I was receiving anything less than the best possible care.

Post-op, however, I did have to be rehospitalized for a liver infection.  And unfortunately, not long after that had an obstruction that required additional surgery and made for a longer, more difficult recovery.  And things were further complicated when I was told that I, on top of everything else, had celiac disease around this time as well. Today, I am now required to take Creon every time I eat and all meals are gluten-free. Because my pancreas was calcified from years of attacks, and islet harvesting was impacted, I am for the most, insulin-dependent. I take a small amount of long-acting insulin in the morning and a couple of units of short-acting with meals.

That said, I still do not regret the decision I made.

Managing diabetes and taking some enzymes is a FAR BETTER life than that I endured before my surgery.  I am free from all the morphine, fentanyl, and other pain medication. I am no longer on the floor, cowering in pain. I am not a risk for pancreatic cancer and do not have lengthy hospital visits. At 53-years-old, I can now live my life and am 5 years post-op.

I implore that if you are similarly troubled, although it requires some degree of struggle, seeking this procedure could be a miraculous game-changer for you as well. My only regret is that I couldn’t have done this sooner.  Sometimes, I wonder if I did this sooner, would I not be insulin-dependent or had complications post-op?

Regardless, I hope that if you are struggling to live with pancreatitis, reading this will give you encouragement to seek the medical attention needed to change your life as I did mine.  I am in a place now where I sometimes forget just how terrible things were before surgery.

As I now plan to live a long, healthy life now that I’ve been given a new outlook and a second chance to do so!