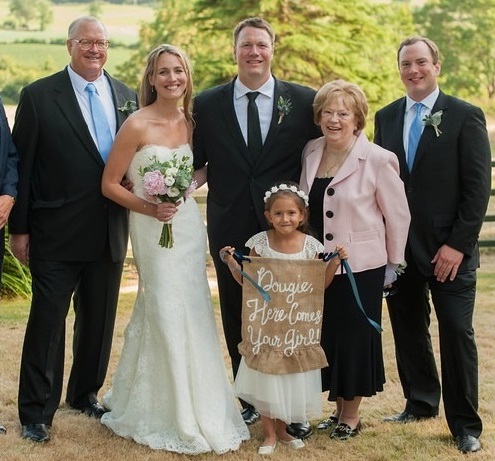 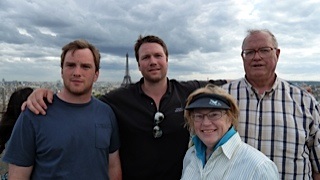 Doug, (2nd from left) with family in Paris

How do you explain to others what it is like to lose both parents to pancreatic cancer in less than 18 months? Frankly, you can’t. Instead, I would like to focus on the things that occurred during my parents’ lives, including their treatment and the moments that mattered most.

My name is Doug Christiansen and I am the new Head Coach and General Manager of the Manchester Monarchs, an affiliate of the Los Angeles Kings.  I consider myself fortunate to be able to use my public platform to help raise funds and awareness for pancreatic cancer.

I won the lottery by having two tremendous parents. My father was an attorney and the campfire we all wanted to gather around. Nightly, he would hold court in our family room to tell stories and give advice. He was a devoted family man who, over the eight years that my brother and I played high school sports, came to every game with the exception of two. No matter how busy he was our family was always his top priority. One of his best attributes was his perspective on life. He worked extremely hard, but he would always take the time to remind us how fortunate we were. He took tremendous pride and enjoyment in planning amazing family vacations to Africa, South America, Europe, and Asia. Of all the decisions he made, the best one was to propose to my mother.

My mother was the Barry Bonds of mothers; there was no question she was the best, the only question was whether or not she was performance-enhanced. My mother had endless energy and was the one who set the standard in our family. She was always pushing us to be better and to keep learning. When I would come home from school or work, there would often be an article on my bed about self-improvement or something she thought I would find interesting. She was relentless in her pursuit to make her sons the best people they could possibly be. 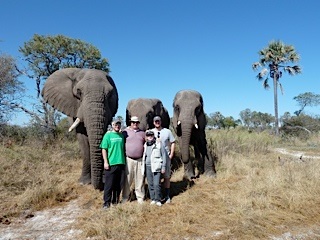 In October of 2010, my parents came to visit me in Belfast, Northern Ireland where I was coaching professional hockey. The visit was special because we were hosting the Boston Bruins. It was my first NHL coaching experience and I was thrilled to have my family in Belfast. During their visit, I noticed that my mother was taking naps and was generally not her normal, energetic self. Upon returning to Milwaukee, my mother was taken in for testing, which showed that she had stage 4 neuroendocrine pancreatic cancer. Our family was so close and Mom was the glue that kept us together. The emotions I felt during that time are still tangible. Simply put, I was devastated. I did not know it at the time but pancreatic cancer was about to change my life forever.

It seems like an ironic thing to say following a stage 4 cancer diagnosis, but my mother was lucky. We had great insurance and one of the top hospitals in the country – the Medical College of Wisconsin was 10 minutes from our house. In 2010, Mom started her treatment. Living an ocean away, I can remember how scared I would be to call home following a doctor’s appointment or the latest round of blood work. The drugs were holding the cancer at bay and my mother was handling the treatments as well as can be expected.

In January of 2013, I proposed to my wife, Meghan. That night I had an overwhelming feeling that we must get married that summer. I had a strong inclination that my mother would not make it to 2014. My wife graciously rushed out wedding planning and we got married July 20, 2013. My mother and I had our dance and I was on the top of the world. I was (and still am) so thankful to have had that moment.  I did not realize how short-lived this elation would be. 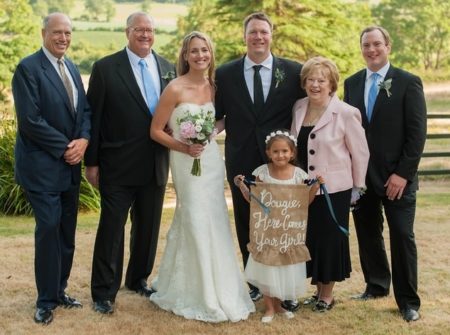 Two weeks after our wedding, Meghan and I returned from our honeymoon. My father did not look like himself. He had lost a lot of weight and seemed to be rapidly aging right before my eyes. At the end of August, Dad dropped me off at the airport to head overseas for another hockey season and I remember telling him to go see a doctor. He did the following week. After several rounds of testing, he was diagnosed with stage 4-pancreatic cancer. I cannot express how hard this was for our family. Two parents, two sons and a newlywed bride fighting this terrible disease against all odds.

Three months to the day of our wedding, my father passed. I will never forget where I was or how devastating it was for me to hear the news from my mother. He was my hero. Still is. In the days that followed his passing, our family grew closer than ever. There is a solemn sanctuary that exists following a funeral and we shared stories, pictures and memories of Dad. These moments were interrupted only to take Mom to her cancer doctors who happened to be my Dad’s doctors as well.

I can never explain what it was like to walk back into the hospital – where I saw my father for the last time – with my mother to take her to her cancer treatments three days after my Dad’s funeral. The doctors, nurses and staff struggled with how to handle the moment. As always, my mother was a rock and led us through it.

On March 5, 2015 my mother passed away surrounded by family. It was exactly how she would have wanted to go. While a pancreatic cancer diagnosis for many means that they have a few months to live, my Mom fought for five years.

Both of my parents left us too soon, but I am confident that they made the world a better place.

Ironically, the people who taught me how to deal with loss, were the ones I lost. My parents were the ones who taught us perspective and how to turn lemons into lemonade. I was extremely fortunate to have such a great family and amazing wife to help get through the tough times. One of the best things that came from our journey was how close my brother, my wife and I have become. We have been through some tough times, but we have come through it just as my parents would have wanted.

I support pancreatic cancer research and funding because I got to dance with my mother at my wedding because of cutting-edge medical treatment. I will continue to support pancreatic research because I do not want anyone else to have to take their mother for treatment 72 hours after losing their father to the same disease. Please join me in fighting pancreatic cancer in memory of my parents and in support of so many others.

On December 31, 2018, the Manchester Monarchs will be hosting Pancreas Disease Awareness night with the NPF New Hampshire Chapter. With every ticket purchase, $4 will be donated to the NPF to fund pancrease disease research. For tickets, please CLICK HERE. Can’t make it, but want to donate? Please go CLICK HERE.