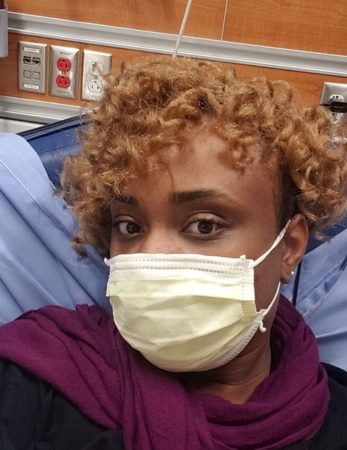 Jenny J., 34, from Chicago, IL was diagnosed with pancreatitis at a young age. She had to go to more than one physician to get the correct diagnosis. Her pancreatitis affected every facet of her life but she has not let it destroy her. She has learned to become her own advocate, seek support, and share her experience with others to grow the pancreatitis community.

I was 9 or 10 years old when I experienced my first pancreatitis attack; it was in the middle of the night and I knocked on my parents’ bedroom door to tell them about this stabbing pain above my belly button, close to my chest area.  The pain was so severe it would wake me up several times throughout the night.  My parents and I tried to attribute it to something I ate, so we started to keep a food journal. Shortly thereafter, we noticed my bowel movements would go from severely constipated to diarrhea.  At this point, my Mom felt we had gathered enough data to take to the doctor and try to get this resolved.

My pediatrician at the time ran blood work and immediately said I would need a liver transplant.  She also recommended we get a second opinion and see a GI pediatrician specialist at another hospital.  We scheduled an appointment and saw him a few weeks later.  After a full battery of tests, he came to the conclusion that I probably had chronic pancreatitis.  We were all surprised to hear his diagnosis, as I was so young to have such a disease, which was typically attributed to prolonged abuse of alcohol and/or fatty food consumption. 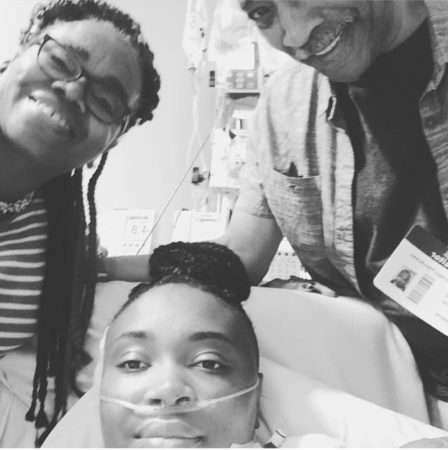 Jenny and her parents after her TPIAT.

This disease impacted my body mind and spirit.  I was in excruciating pain, I was unable to gain weight, people didn’t understand me, and the worst part was some people didn’t even believe me.  I had poor school attendance because I needed to take so many sick days, and I even endured bullying from other children because I was different.  As would be expected, my school performance was impacted negatively, as well.  I felt misunderstood, isolated, and lonely.  My parents tried to help me manage most of my pain at home, and I learned that certain foods would make my symptoms worse.  When I was unable to endure the pain, I would go into the hospital.  During my sophomore year of high school, I had my first ERCP where they determined the cause of my chronic pancreatitis.  I was diagnosed with pancreas divisum; a congenital anomaly in the anatomy of the ducts in the pancreas.  In this anomaly, the ventral and dorsal duct of the pancreas remains divided rather than forming as one duct.  Many people with this congenital condition go without symptoms, while others have severe abdominal pain, nausea, vomiting, constipation, and diarrhea.  I was one of the people who experienced the latter.  I felt relief at finally having a diagnosis, that explained and validated my experience.

Growing up I knew no one in my family with any history of pancreas issues. However, when my chronic pancreatitis returned at the age of 24 I did research to see if anyone in my family had a history of this disease as it is commonly found in Jewish descent. Years later God answered my prayers as I became connected to a pancreas support group on Facebook and a few other sites I found other African Americans like myself dealing with the same struggles. The following year my oldest sister was hospitalized for pancreatitis, she spent two weeks in the hospital and tested positive for the hereditary Spink 1 gene. In the past I had been tested for this gene and always tested negative. It was also comforting to know no one matter what any test showed or did not show. Chronic Pancreatitis sees no color and at some point, along the way no matter what race or culture all of our genealogies mix. 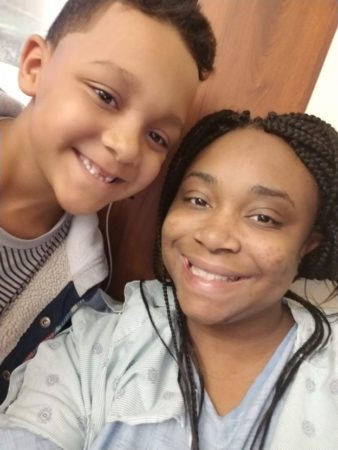 A few months after my ERCP procedure my symptoms went into remission, and from the age of 17-24, I was symptom-free.  During those years, I was able to live a normal life; I got married, had a baby, got to eat whatever I wanted, and was not experiencing daily bouts of pain.  In November 2011, I woke up one night with the same agonizing pain I remember feeling as a child, only many times magnified.  My first thought was so to go see the same doctor I had seen when I was a child.  I immediately looked him up and went to his outpatient office.  He tested my blood, and within 24 hours he told me to go to my nearest emergency room If I was still having pain and feeling nauseous.  My amylase and lipase numbers were in the 6,000s.  Your amylase and lipase numbers should be under 100, and any elevation is an indicator of inflammation in the pancreas.  After a week of hospital stays with IV fluids, no food, and pain management, things just continued to get worse. The hospital stays went from once every few months to a week’s hospital stay each month.  My gallbladder, which was filled with sludge, was removed in the hopes it would alleviate some of my pain. This helped only for a few months and I was back with the same agonizing pain.

Dealing with this chronic debilitating illness affected my ability to be active with my 3-year-old daughter at the time.  I had such limited energy that it was a struggle just to go to work and come home.  Trying to do the basics of life such as cooking, cleaning, hanging out with friends, and exercising took a toll on my body every single day.  A few years later, the doctors decided to place a stent in the pancreas to bridge the gap and try to create a single duct.  I wound up needing new stents every six weeks. 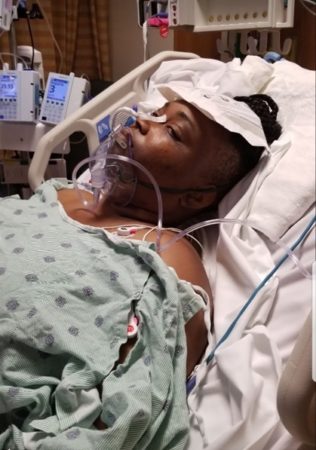 During this time, I got pregnant with my second child.  I also developed several other autoimmune diseases that run in my family.  Dealing with the normal stresses of having a family, in addition to all of my illnesses was truly challenging. Pregnancy with my first was a breeze as my CP was in remission. Pregnancy with my youngest was extremely difficult the first part of my pregnancy I had a hard time, but the majority of the pregnancy my body protected the baby and had a fairly safe pregnancy with minimal to no pain.

I was forced to become an advocate for myself because many doctors and nurses are not completely educated on how to treat chronic pancreatitis patients.  So, further stress was added and my social life became nonexistent.  Sadly, I even lost friends, because they could not understand my disease.  It’s hard to even put words to the level of the struggle this disease caused in my life.  I thank God that I’ve had the support of my loving husband, my children, and my family. 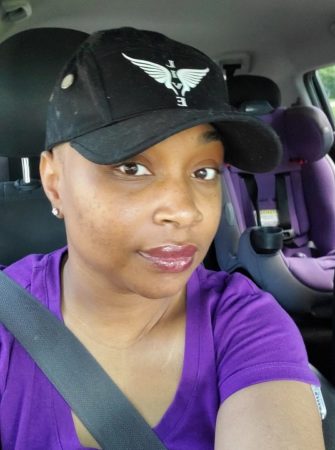 Life was so difficult, the pain intolerable, and I could not imagine living another 5-10 years this way.  At this point, I had already become a Type 2 diabetic along with dealing with CP.  The only option to give myself any fighting chance of a more normal life, would to consider the Total Pancreatectomy Auto Islet Cell Transplantation, and I figured it was worth a shot.  On August 8, 2019, I had my 13-hour Total Pancreatectomy Auto Islet Cell Transplant at the University of Chicago Medicine on the South Side of Chicago, by Dr. Jeffrey Matthews and Piotr Witkowski. Half of my stomach, pancreas and small intestine were removed.  I am almost one-year post op and although I am now Type 3C diabetic, I am glad I choose to have the surgery.  I am totally insulin-dependent and rely on an insulin pump as my islets have not awakened yet.  My life post-op has been very challenging and still deal with a measure of pain and digestive issues.  However, I still believe I made the right decision and am proud to have done the surgery.  I now have a bit more energy to give back to my family and enjoy my life.

Throughout my life, there are a number of things that have helped to deal with this debilitating disease.  I lean on my support system, I am okay with not being okay sometimes, and I take each day one minute at a time.  It has helped to reach out to other chronic pancreatitis patients around the world; it’s comforting to know others like myself are going through the same struggle, and we are a community going through this together.  The best advice I can give to another person dealing with this disease, or to a caregiver helping a loved one, is the importance of being one’s own medical advocate.  Stay strong, replenish yourself mentally and spiritually, surround yourself with laughter and positivity as much as possible, because this disease can drain you at every level.  Suffering from this disease has not destroyed me, in fact, it has made me a stronger person, mother, wife, friend, co-worker, sister, daughter, and any other title in between.