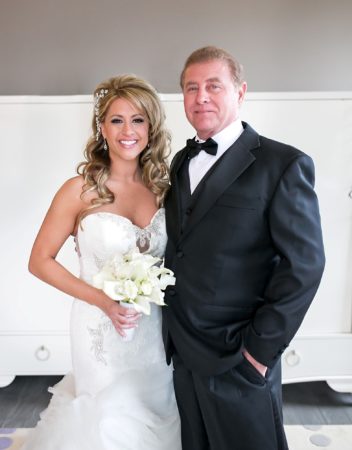 Michelle and her Dad, Jim Arrow

My name is Michele Walsh, daughter of Jim Arrow.  My Dad was 63 years old when his journey of three years with pancreatitis began.  Who was Jim Arrow? He was a hard-working business owner of James A. Arrow Plumbing since 1986. His smile and laugh lit up a room and was the guy everyone loved. He was always laughing and making jokes.  He was physically fit and loved sports.  He and I watched sports always and eventually started playing golf together 18 years ago.  It was the best quality time for a daughter and father.  His joy was his family and he loved being able to work with his two sons every day and watch all three of his children be successful. Unfortunately, my dad lost his battle to pancreatitis on June 20, 2020.

My Dad’s pancreatitis journey started from a car accident where someone smashed into him at a red light.   This caused him to need back fusion surgery. The night of surgery is when the symptoms started: Unbearable pain, trouble breathing, and his whole body was inflamed, mainly his stomach.  No one knew what it was, all the morphine in the world couldn’t take away the pain. After tests were done they diagnosed what they thought was acute pancreatitis at this time.  My family didn’t know what that was and it seemed this particular hospital didn’t have much knowledge either. Nurses were unsure how to treat him and didn’t know what to do to make it better.  After a week or so of being in the hospital, he went home. He had many pancreatitis attacks at home which included excruciating pain, trouble breathing, and hiccups.  He took many trips to ER to finally get transferred to another hospital that knew how to treat pancreatitis better. During that stay, they put thick tubes down his throat to clear out an infection and a feeding tube because he couldn’t eat. This was for about a month or so and then he needed rehab to build back strength and basic movements, such as learning how to walk again because he was recovering from his back surgery. He was so weak from the hospital and lost 45lbs at this point. Nothing ever was getting better though, and eventually, he turned jaundice and had unbearable pain again. 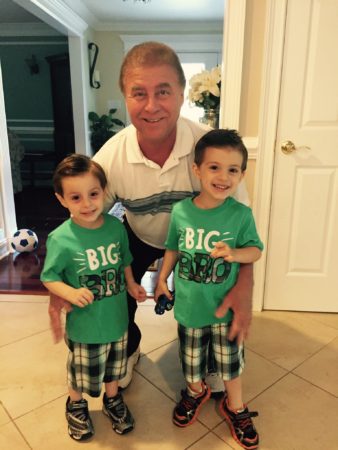 Jim with his grandsons

This next trip to ER he was completely out of it, couldn’t walk and had trouble breathing. He wasn’t stable to transfer to a bigger trauma hospital yet. We fought all night long to get him stable. Then once admitted to the trauma hospital, we knew he needed surgery to get the feeding tube out and essentially get him better.

We were fortunate enough to know a doctor that called in a favor to the best pancreas surgeon known, Dr. Charles Yeo, at Thomas Jefferson Hospital. He didn’t think my Dad would survive and didn’t want to even attempt the Whipple surgery, but we had no choice. After a 10-hour surgery that included basically creating an artificial bile duct, cutting half of all major digestive organs, and cleaning out most of his infection. That is when the surgeon said he had lethal pancreatitis this whole time and shouldn’t even have survived to this point.  His whole pancreas was gone. Only a very thin liner was attached to the abdominal wall that somehow was still producing hormones to keep him alive.  He still had biliary drains and feeding tubes and was sent home with all tubes and drains that needed changing throughout every day. 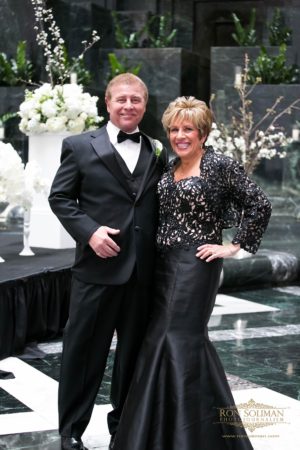 Jim with his wife, Jade

My parents have been married for 43 years and my Mom was with him every step of the way never leaving his side in the hospital. She was the caregiver and did all the feeding tube and drain changes.  She says you need a lot of patience for this and didn’t know if he would make it to the next day sometimes.  It was a lot of stress and anxiety for her and all of us. But mainly her. She did an amazing job taking care of him and handling everything. It was a full-time job taking care of all doctor appointments, medications, driving to hospitals, testing sites, helping him with everyday movements, and running a family business same time. Everyone obviously chipped in and we had lots of support thankfully.

At this point, it was becoming too much to watch him in bed all day, to see him not get better, and having drains clogging every 1-2 weeks.  We would drive him to the hospital, which wasn’t close for a drain change and each time would be painful, feeling like we were taking steps backward.  We were running out of choices on what to do because his quality of life was not what he wanted or what we wanted for him.   Doctors didn’t know what to even do at this point and we weren’t just going to watch him get worse anymore.

This was now approaching the end of his journey.  I was in touch with many surgeons throughout this process and we needed one more hope to fix him.  We were told he can live a somewhat normal life and that this can be fixed.  It wasn’t a guarantee, but it was hope. We made the decision to fly to Arizona where we learned had the best surgeons for his situation. These surgeons were following his case from day one, but he was never stable enough to fly across the country.   He worked hard at becoming stronger and doing whatever it took to get to Arizona.  This was going to be a Whipple surgery, but a complete one.   The first one was too risky because his body was too inflamed to clean out the entire infection.  The goal was to reconstruct everything and live without the drains and tubes.  And he did it. He survived the impossible basically.   His heart was so strong during a 13-hour surgery that required 8 pints of blood and reconnecting all digestive organs.  It was surreal how strong he was. It was during COVID so unfortunately, my mom couldn’t be by his side, but we spoke on the phone with him and the doctors for 31 days straight while he was recovering in the hospital.  We rented a house nearby and it was stressful not being able to see him, but he was doing everything the doctors wanted him to and recovered very well.  Everyone was pleased and the doctors couldn’t stop saying how much of a warrior he was. They had nothing but positive news for us and he was finally released to start his recovery outside of the hospital. 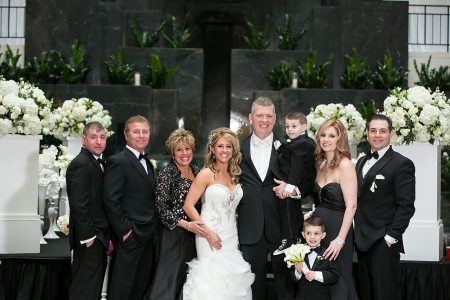 Seven hours later he was gone.

You will never forget that phone call and my Mom and brother will never forget what they had to do. The end result was cardiac arrest.  We believe his body eventually couldn’t sustain the trauma anymore.   He went through so much without complaining and fought through all the pain for years. He was so excited he survived the surgery and was feeling better and couldn’t wait to get out of the hospital to see his family. All he needed was his wife, and I believe he passed not even knowing anything negative. He was a warrior and will always be.

The National Pancreas Foundation is the only charity in the USA that brings awareness to not only pancreatic cancer but pancreatitis. Since my Dad had a very rare case, I would like to bring more awareness to this disease since it seems misunderstood.  And if I can help one family or stress how important medication levels are during invasive surgery then this is all worth it.