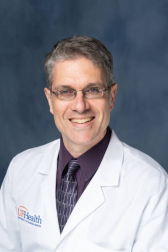 Dr. Lieb is currently an Associate Professor at the University of Florida. He is a former Associate Professor of Medicine at Drexel University in the division of Gastroenterology, and the former Director of Endoscopy at Hahnemann University Hospital. He also serves as endoscopy quality liaison to various hospital and university committees. Dr. Lieb was formerly on faculty at the University of Pennsylvania from 2009 to 2015. He studied under Drs. Philip Toskes, Chris Forsmark, and Peter Draganov at the University of Florida. His interests are not only in endoscopy quality but also in the early diagnosis of chronic pancreatitis (especially by using the classical secretin stimulation test and other modalities) pancreatic exocrine insufficiency and pancreatic enzyme replacement, genetic GI disorders, pancreatic tumors/cysts/cancer, and precancerous diseases of
the GI tract. Dr. Lieb completed his residency in Internal Medicine at the University of Pennsylvania and his Medical School and undergraduate training at Johns Hopkins University.