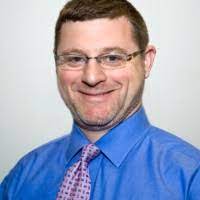 Joe is a graduate of Columbia College and Harvard Law School and worked for the international law firm Cleary, Gottlieb, Steen & Hamilton from 1990-1998 where he specialized in telecommunications and finance projects that had him based in both Japan and New York.  In 1998 he began working on a joint venture to develop what was to become XM Satellite Radio.  He was later hired as XM’s General Counsel and relocated to Washington, DC where he was an integral part of the company’s development from a concept to a nationwide satellite radio service with nearly ten million subscribers.

Joe and his family have been committed to the work of the NPF for many years and Joe has laid out three main objectives for his three-year term as Chair.  He would like to see NPF able to reach out to more patients and caregivers.  He would also like to increase funding for pancreatic research and deepen the interest of the medical community in pancreatic diseases.  And lastly, he would like to see the foundation take the next steps in its professional development, as it moves to a more nationwide scope.  He believes that if these three goals are accomplished then NPF’s national ambition will become a reality.