My Journey to Find Hope with Familial Chylomicronemia Syndrome 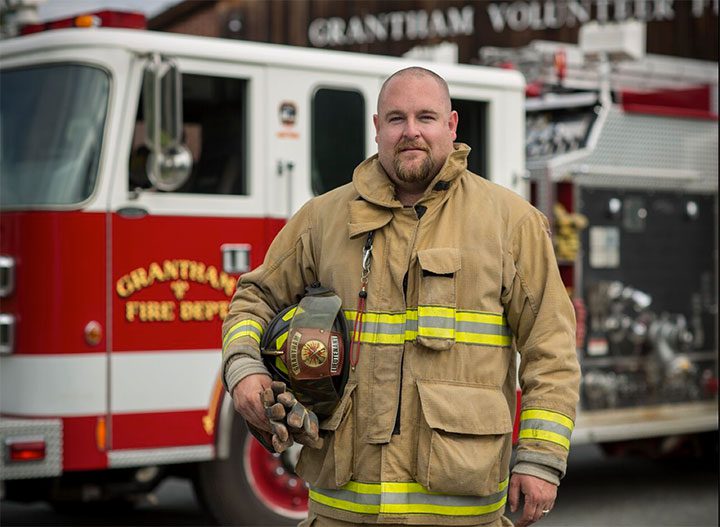 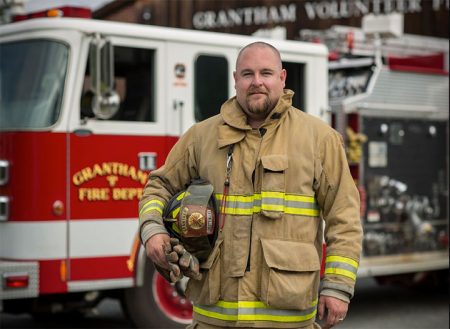 FCS occurs in about 1 in 1 million people and the disorder causes the body to not be able to break down certain fats correctly. This disease frequently leads to symptoms such as pancreatitis — a very serious condition that causes inflammation of the pancreas and can lead to death – and fatty deposits in the skin.

A new study has found that 67% of patients with FCS have experienced acute pancreatitis (AP) that required a hospital visit.

Throughout my childhood, I was a very active kid. I spent many days working on my grandfather’s dairy farm and enjoyed skiing and playing football, soccer and basketball. While to others I seemed like a normal relatively healthy boy, looking back I now can see that I was living with symptoms that indicated that there was something wrong with my health. I regularly experienced severe diarrhea, chronic knee pain, extreme fatigue, abdominal pain and distention, and itchy, scaly rashes on my skin. Even from the time I was born I was experiencing symptoms. My mother breast fed me as an infant and yet at three weeks old I had somehow lost eight pounds. Without doing any testing, doctors determined my weight loss was the result of burning more calories than I took in while feeding and diagnosed me as a failure to thrive. These were the first signs that I had a genetic condition called familial chylomicronemia syndrome (FCS), though it would be many years and take many trips to the doctor before I would get an official diagnosis.

My journey to a diagnosis really began at age 18, when I enrolled in a training program to pursue my dream of becoming a firefighter. One day, the trainers took our blood pressure in a standard medical evaluation following a controlled exercise where we had to run into a burning building. After 20 minutes of rest the on-site nurse told me my blood pressure was remaining high at a dangerous level. After that I got a series of bad news. First I was told that my high blood pressure meant I could not be a firefighter, which was a lifelong dream. Standard blood work with my doctor also showed that triglycerides, which they described as “fat in my blood,” were 1500, almost four times higher than the normal range. My primary care doctor referred me to an endocrinologist who explained that my high triglycerides were due to a condition called hypertriglyceridemia, a type of hyperlipidemia. My endocrinologist prescribed medication to help lower my triglyceride levels, but they were largely ineffective.

Over the next 10 years, my symptoms including extreme fatigue, chronic diarrhea, joint pain and chronic headaches continued on a daily basis. Despite strict diet changes and other efforts to stay healthy, my triglyceride levels remained abnormally high, always between 1500-3000. Doctors had no answers, and continued to prescribe different drugs including statins, but there was no relief.

By this stage I was convinced that there was something seriously wrong with my health. I was constantly in fear that I would die from my symptoms, but I never gave up hope that the different medicines that I was prescribed might help in some way. Most days the symptoms were difficult but manageable, and I continued to live my life as best I could. At age 22, I married my high school sweetheart Naomi, who was 19 at the time. Our families told us we were crazy for getting married so young, but we both knew the seriousness of my condition and didn’t want to waste one day apart. Soon after, Naomi got pregnant with our first daughter, followed by our second daughter three years later and finally our third daughter 17 months later. The births of our girls made it even more necessary for us to get answers about my health. But despite our questions and the research we did online, we still could not get any answers.

Then, at age 28, everything changed yet again. After finishing a night shift at a local hospital, I woke up with severe abdominal pain. I thought I was going to die. I had experienced abdominal pain before, but this was different; the pain was so excruciating I was unable to walk. I was working at a hospital at the time, so while I was fortunately in the right building, I had to literally crawl down the halls to the emergency room. What would normally take me two minutes to walk took me 45 minutes at my crawl. I don’t remember much about the next three days in the hospital, but when I woke the doctors told me I had pancreatitis- an inflammation of the pancreas. One of the doctors suggested that my attack of pancreatitis could be due to a blood pressure medicine I was taking. So they changed my medicine regimen yet again.

After that initial experience, I had an attack of pancreatitis every 3-6 months – like clockwork. I would end up in the hospital for about three days following an attack, and each time doctors were unable to offer a clear answer as to why this was happening. One doctor told me I needed to improve my diet. Another simply said that some people develop pancreatitis for reasons that are unknown. I continued to take any steps possible to protect my health, including diet and exercise, but even with these efforts I gained weight and continued to struggle with symptoms. I even starved myself at times because I was afraid of food and the pain it was causing me – I did not want to have another life-threatening attack of pancreatitis. Yet eventually, I experienced another attack of pancreatitis – this one even more severe. While most attacks last about three days before I feel somewhat back to normal, this episode knocked me out for over a week.

With this more severe attack, I thought my doctors might conclude that more tests needed to be done. I voiced my concerns, but they continued to insist that my symptoms were probably caused by my diet. My gastroenterologist said that my symptoms might disappear if I lost 20 pounds. At this stage I was running five miles a day, drinking no alcohol and controlling everything I ate. I was so discouraged by the doctor’s response that I disconnected from the conversation and gave up all hope that I would ever find the cause of my pancreatitis attacks and other symptoms.

But this dead end lit a new fire under my wife who for years had watched the daily physical and emotional pain my symptoms caused. She would not take no answer for an answer. She had been searching for answers since she was 16 years old and somehow, after years of research, she finally found an article that helped lead to my diagnosis.

In her research she found a reference to a rare genetic disease called familial chylomicronemia syndrome (FCS). And there it was – all of my symptoms were right there, including high triglycerides in the blood, chronic severe abdominal pain and increased risk of pancreatitis. The next day we contacted my doctor and arranged a blood test through a laboratory at the Mayo Clinic that specialized in lipid disorders. After a lifetime of living with severe and life-threatening symptoms, blood tests finally confirmed that I had FCS.

I often think if only one doctor had referred us to a lipid specialist who better understood FCS, maybe so many things would have been different. In addition to my symptoms, they might have recognized that I had an enlarged spleen and liver. They could have helped me to access any available treatments. And I would at least have had an answer sooner.

Though it did arrive late, my diagnosis brought some relief by finally providing an answer. Also, learning about FCS and how it’s different from more common causes of high triglycerides completely changed the steps I should and could take to protect my health. I no longer have to starve myself. I learned that people with FCS should strictly limit the amount of fat they eat – not just calories. I now eat no more than 10 grams of fat per day (there are 12 grams of fat in one tablespoon of butter).

In order to maintain this strict diet, both Naomi and I spend an extraordinary amount of time and energy every day in meal planning. Naomi now has more than 100 recipes for very low-fat meals (meaning less than one or three grams a fat). Social or family events can be challenging, but I have learned to work around my dietary restrictions. If we go out for dinner, I often eat beforehand in case there aren’t any appropriate options available. During family events my daughters will scout the food table and ask everyone the ingredients they used so that we know what is safe for me to eat.

Along with my diet, living with FCS affects most aspects of my life, including my mood, relationships and ability to work. I often miss work due to medical appointments and I save all of my vacation days for when I am sick. We finally had our first family vacation last summer. I also still experience symptoms including chronic pain, fatigue, chronic diarrhea and attacks of pancreatitis, but with my diagnosis I am taking every step possible to prevent and better manage them.

While many challenges continue, one thing is different: with my diagnosis I no longer have the same fear I had before about my future. At one point, my dream was just to make it to 35 years old. I turned 35 this year and now I dream of retirement for the first time in my life.

It was a long journey to finally get to this point because most people, including many physicians, are not familiar with FCS and there is very little information available. Like me, many other FCS patients are often misdiagnosed for months or years and have to visit a number of doctors to get an accurate diagnosis. I wish doctors had asked me more questions about my symptoms and tested me for some less common health issues. I wish I had been referred to a lipid specialist right away. There are a lot of rare diseases out there – and you often have to ask the right questions and work with the right specialists to get the right answers about your health.

I am also taking steps to help raise awareness of FCS to help other patients get to an accurate diagnosis faster. There is so much to learn about FCS. Despite the many challenges I’ve faced, the most rewarding experience of my journey has been meeting other FCS patients. Together we are building a stronger community of support and sharing information that can help. I also know that researchers are working on a treatment that could someday give everyone with FCS a chance for a healthier future. For the first time in my life, I feel that I’m not alone.