Giuliana was just seven weeks old when she was diagnosed with Familial Chylomicronemia Syndrome (FCS), a rare, genetic disorder of fat metabolism that is characterized by extremely high plasma triglyceride levels, which are 10- to 100-fold or more above normal. In Giuliana’s case, her triglycerides were 24,000. FCS is caused by insufficient or impaired function of the enzyme, lipoprotein lipase (LPL), which is responsible for breaking down (metabolizing) triglycerides. Without lipoprotein lipase, triglycerides accumulate in the blood. Triglycerides are primarily carried in dietary lipids called chylomicrons. The chylomicrons remain intact and accumulate in the plasma of patients with FCS. The accumulation of chylomicrons can reduce blood flow through the pancreas, leading to acute pancreatitis.

Guiliana’s story is told by her Mother, Melissa Goetz, the co-founder of the FCS Foundation. 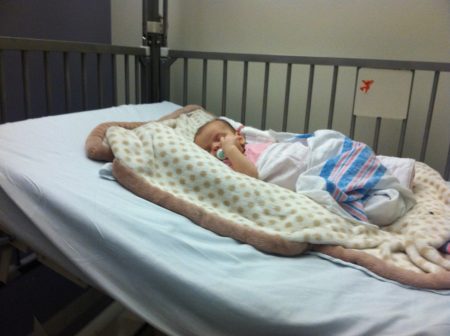 Where did Giuliana’s FCS journey begin?

Giuliana was diagnosed with FCS when she was 7 weeks old.  Her blood was strawberry milkshake pink-her triglycerides were 24,000 (versus a normal 150) and she had pancreatitis, a liver infection, and kidney infection.  We initially went to her pediatrician because she presented with a very high fever, vomiting, and acholic stools.  We had an idea it was FCS because of a previous blood draw due to a chest cold, but did not anticipate all of these complications.

Did her doctors know it was FCS right away?

Because Giuliana was so young we were lucky – triglycerides that high and pancreatitis in an infant cannot be blamed on lifestyle choices! A metabolic specialist at our local hospital had read a case study in medical school and he was able to diagnose her fairly quickly.  Even with a diagnosis, however, there was no standard of care for treating an infant with this disease. 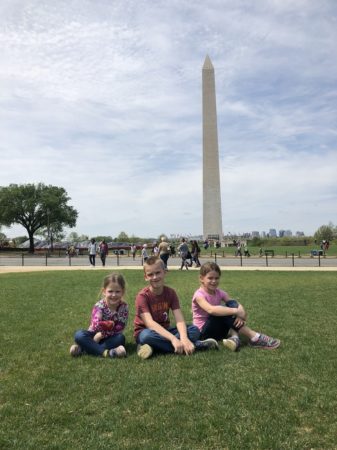 Giuliana (right) with her siblings. Her parents try to travel with the kids as this shows Giuliana that life can be fun, even with her disease.

How often were her hospital stays?

We have been extremely lucky here as well. Besides her week-long stay in 2012 we have managed to stay out of the hospital.  We have regular appointments at Boston Children’s Hospital, and despite the 3-hour drive to get there, the team of specialists we have are extremely knowledgeable

What were your actions/emotions after her diagnosis? Did you go into research mode trying to read up everything there was to know on FCS?

Giuliana’s diagnosis was very difficult for me.  A rare disease was not something I think I even grasped prior to her birth and then was thrust right into it.  I was extremely sad, overwhelmed, and discouraged while parenting my then 2-year-old son and her.  I remember researching everything I could, but in 2012 there was nothing except for a few medical journals, which were difficult for me to understand.  About 6 months after her diagnosis I stopped researching all together to try and focus and be present for her and my family.

In the few weeks after she was born and before her diagnosis life was really good! The transition from 1 to 2 kids was smooth and my husband and I were very smug about how “good” we were at this! Life has a way of keeping you humble! 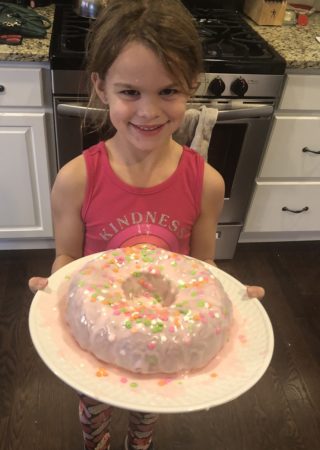 Giuliana on her 6th birthday with her fat-free cake she helped Melissa bake.

The only current treatment for FCS is maintaining an extremely low-fat diet (less than 15 g of fat a day, in Giuliana’s case).   Conversations about how much fat is in food, and limitation in what she can eat have been part of our daily dialogue since day 1.  In the past year, I’ve started to talk more to her about what specifically will happen to her if she eats high-fat foods, which is pancreatitis.  The work I’ve done with the FCS Foundation has opened up a lot of these conversations but I’m very upfront and honest with her about her life.

What did you have to do differently to work around this rare disease?

Even when I am not with Giuliana I am always scanning menus and food labels to find food that she can eat.  It’s always at the forefront of my mind no matter where I am or what I’m doing.  Thankfully I always enjoyed cooking and preparing meals so it was mostly finding ways to adapt recipes so they still tasted enjoyable to us.  Holidays are always stressful and food is such a huge social part of life – whether you are a child or an adult.   Most people do not really understand what FCS is.  When I say she has to have a low fat diet most of the time the response is, “Oh she’ll be so healthy” – which we hope but is still not the truth – she’ll experience chronic pain and fatigue and stress and anxiety at levels most people will not understand.  Giuliana describes her disease currently as “she’s allergic to fat” which is the easiest way to explain this to a 6 or 7-year-old since most children understand allergies. 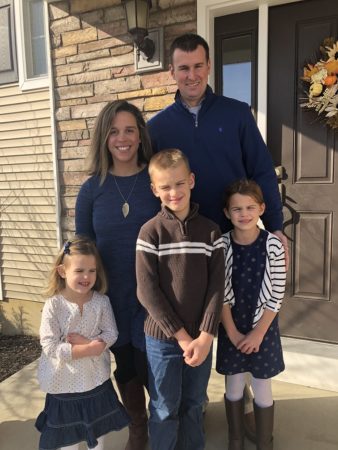 Any illness will take a toll on you mentally and physically. For kids that are living with a rare disease, what piece(s) of advice would you tell them to help them get through this? What would you tell patients?

I really try to empower Giuliana to own that this is what makes her different.  Giuliana loves being a “zebra” in a world of “horses”.  She doesn’t like it when people look at the different food she’s eating at a birthday party so I try and keep conversations as open as possible – what is she feeling and what are the possible solutions (eating the cupcake is not – but planning ahead better next time is).   I think like everything mindset is really important – not that we don’t acknowledge that this disease really stinks – we do! But we also acknowledge there’s nothing we can do about it except move forward.  I tell her all the time – parties are not about the food, it’s about the time we are spending with family and friends.

Hands down the most helpful thing has been starting the foundation. Before I met Lindsey Sutton in 2016 I had given up ever finding information about Giuliana’s rare disease. I would search tirelessly and never find any new information until finally, I gave up resigned to what would be an isolating diagnosis.  Starting the foundation has in turn given me the tools that now I can pass on to Giuliana about how to navigate her disease and talk about it with pride and confidence.

How is Giuliana now?

Giuliana is great – she is almost 7 years old and in 1st grade.  She’s very social and active and in most senses, healthy.  We check her triglycerides regularly and her fasting levels are around 1200 which is not great but good enough.  Ideally, we could get them down to 900 or so.  I’m able to talk to her more and more about her disease and the reality of what the buildup of fat can do to her, and also she is more aware that her situation is different from others so there are some challenges there with her wanting to push the envelope or sneak snacks to “fit in”.  We just try to talk about it all and keep the conversation open.

How did you decide to form the FCS Foundation? How has your life changed with the creation of this?

Lindsey and I met in 2015 and decided to start the Foundation after we realized how powerful it was to meet and be able to talk to other people with FCS – a disease that affects 1 in a million people.

The FCS Foundation started working with NPF in 2018.  Because FCS is a disease of the pancreas there were a lot of resources the NPF had that were really great to share with our patients, like the animated pancreas project.  We are so happy to be working together on FCS and to have an ally in this space.

To Support me in my Fundraising Efforts for the 2019 Marine Corps Marathon, please CLICK HERE.