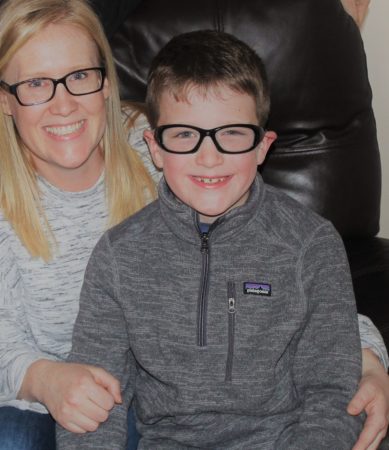 Logan Williams was 4-years-old when he was first diagnosed with pancreatitis. It was not until he was five that his parents learned it was caused by a genetic mutation. As his journey continues, Logan continues to leave his family in awe of his resiliency. Hereditary pancreatitis is progressive and in this last year, they are beginning to see it express itself more on a daily basis. Logan has been approved for the Total Pancreatectomy and Islet Auto-transplant (TPIAT) – his family is grateful to have it as an option, knowing it is a huge leap, and they are very hopeful to help carve out steps in between. They are excited and hopeful collaborating with The National Pancreas Foundation and Mission:Cure will bring about these steps for Logan and others.

Logan’s story was shared by his Mom, Erica Williams, on a panel at the Patient-Focused Drug Development Meeting on Pancreatitis on March 3, 2020. (To view, CLICK HERE)

Logan is an amazing and resilient 7-year-old boy in the second grade. Logan was first diagnosed with acute pancreatitis in March 2017 at the age of 4. At that time, it was also discovered he had a choledochal cyst. This was surgically removed in April of 2017 and deemed the cause of his pancreatitis. We were told it was an event that was over.

Logan was again admitted in October of 2017. The attending stated, “This wasn’t supposed to happen.” They placed him on a low-fat diet and started him on Creon (digestive Enzymes).  At that time, the process of genetic testing began. He was again hospitalized in February of 2018 and at that time it became known he had a SPINK 1 (homozygotic on two variations) mutation. Once the genetic mutation was discovered they stopped the Creon and stated low-fat diet would not make a difference. We had spent months learning and measuring fat grams, teaching him his new food rules, consoling him through the changes and adjustment and supporting him in taking a medication with every meal. Then, just like that, his rules changed. It was whiplash for us but even more so for him. He had learned eating a certain way kept him well. Now he learned that is not the case. It creates doubt in the mind of a child and impacts his buy into the next set of “rules” we teach him. 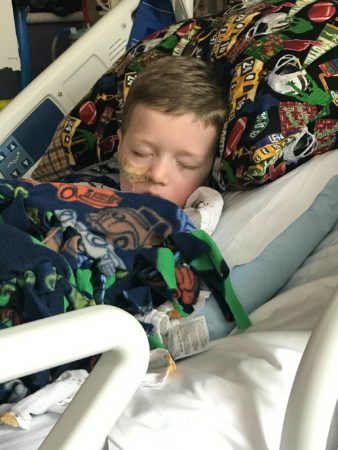 Logan is hospitalized two to three times a year with acute recurrent pancreatitis. They are clear there is no treatment for him, only management of symptoms. When this journey first started, hospital management included nothing by mouth for days. Then, all of a sudden, a few stays in, they decided food as soon as possible was better. Again, we taught him one thing and then changed it. It is confusing to a child. It is confusing to the adults.  This past summer, 2019, Logan was evaluated by the TPIAT team at the University of Minnesota Masonic Children’s Hospital. We were instantly comfortable with their role as leading experts. We left informed and impressed. After completion of the evaluation, the team recommended him to have the TPIAT.

Logan is treated at a children’s hospital that vies for the number one spot every year and never drops below the number two. We have access to the best and what we are told is, your son has a progressive disease and we have no treatment. As we begin down the path of progression the symptoms increase in severity and frequency. He identifies struggling most with the intensity of the pain, nausea and fatigue. We will have to abruptly leave activities, we have carried him off of the soccer field and after a morning of activity he has to rest and recover. When he is in a sub-acute flare he is couch bound and not able/willing to engage in activity. When it becomes an acute flare he stops being able to walk upright. He will tell us every step is “punches to my pancreas.” He stops eating, he stops drinking and the pain creates a desperation for him. His hunched walk is a tell tale sign we are on our way to an admission.

Providers explain they can manage his pancreatitis, but there is no prevention or prediction. There are many theories to what may precipitate an acute attack for him. However, he has had attacks that have no precipitator identified. Logan wakes up, goes through his day and goes to bed with the potential of the extraordinary pain coming at any moment. Since his last acute pancreatitis diagnosis, his recovery has been slow and stagnant. Prior he would rebound. This time he faces daily nausea, fatigue, pain and difficulty after meals. As a family we are constantly shuffling in our brains how to manage an inpatient stay when he seems to flare in symptoms. He has a younger brother, now 4, who senses the preparation and needs consistent reassurance he will not be left at school (never have we, but this creates fear in him). 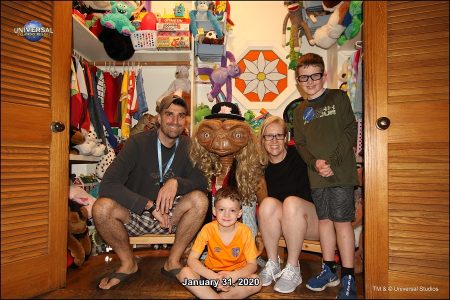 Our only option is a drastic and invasive operation. It is terrifying and comes with substantial risks. Unlike his first major surgery, where everything moved fast and we were not given a choice, we are left up to determine the timing for this surgery. We are stuck in a game of guessing when he is sick enough but not too sick. It is a terrifying place to be.  We are beginning to see the compounding toll this is taking on Logan. It is affecting his soul, his light. He is beginning to have times of defeat and the only option we have is to move our family out of state and for him to undergo an invasive, complicated surgery. So many aspects of the surgery terrify us. Sometimes it’s details that really impact you. In order for Logan’s islets to be transplanted his pancreas will be brought to a lab. This lab is in a different city then his surgery will happen in. Our child will lay in the operating room, while his pancreas is driven to another city, islets harvested and then returned. There is no other option on the horizon. We are acutely aware that there are other families that would trade with us in a moment. We have an identified problem and an identified solution. We may not like the solution but we understand how lucky we are to have one. We also are certain there are solutions, or at least treatments, already in existence. The cure could be sitting on a shelf, waiting to be labeled for this fight. Inflammation is a trigger for Logan’s pancreatitis. Medications that can target this, raise his threshold, or at least minimize it once it begins, may limit damage. If we limit damage we limit progression. Slowing this down creates a wealth of time and opportunity to find the next step towards a cure. A cure much less invasive and risky than the one offered now.