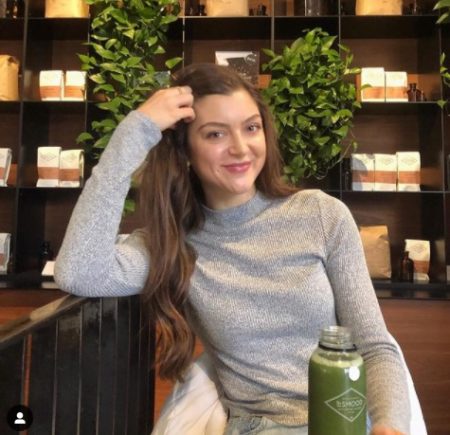 One night of my freshman year of high school, I was hanging out with a couple of my girlfriends. What seemed to be a totally normal night for me quickly made a turn for the worse the next morning.

I woke up with a severe, stabbing abdominal pain that was unlike anything I had felt before. My parents rushed me to the hospital, where they quickly put me on some heavy painkillers. After various tests and lots of waiting, my doctor came in and told me I had a disease called pancreatitis. I remember my stomach dropping and feeling immediately filled with fear. I had never heard of pancreatitis before, but all I could conlude at the time was that it sounded very severe.

After receiving blood work and genetic testing, we discovered that I have hereditary chronic pancreatitis, which means I carry a recessive Cystic Fibrosis gene, which can present itself as pancreatitis. I also have a pancreatic divisum, which my doctors believe also contributes to my pancreatitis. While most people associate pancreatitis with excessive alcohol consumption, mine has very different causes. It has been a struggle trying to explain my case to people, as it isn’t a very well-known disease, and is often misunderstood. With my friends, I told them that when the lining of my pancreas became triggered and inflamed, it causes excruciating pain. I also mentioned that in my case I was born with it due to my pancreatic divisum, and that bad food and alcohol can trigger it for me. My parents were also great. My mom was excellent about making healthy dinners for me growing up. We ate dinner mostly at home, and she’s an amazing cook. While they wanted to give me the freedom to be a teenager, to experiment with alcohol and socializing, and live a normal life. They also were adamant about warning me of the consequences before I even really understood them myself. They gave me the freedom to make my own choices regarding food and alcohol but tried their best to guide me in the right direction at all times. 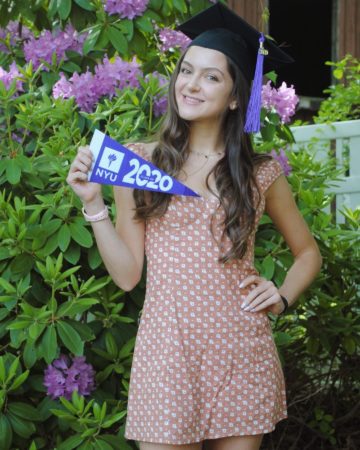 Fast forward to today; I am 24, graduated from New York University in 2020, and I’m in great health. Over the last 10 years, I have been hospitalized for pancreatitis four times, and have had multiple MRI’s, blood tests, etc. to rule out any other underlying causes of my disease. While my experiences with pancreatitis have left me in excruciating and debilitating pain at times, I know that my case isn’t nearly as bad as some other adolescents who suffer from chronic pancreatitis, and I am extremely grateful that I have learned how to manage the symptoms and avoid the possibility of an attack. When I was diagnosed at 14, I ate as any other teenager would. However, after I started having episodes, I knew I had to start being extremely careful with my health and how I treat my body. I started eating a very clean diet, consisting mostly of whole, natural foods. Today, I can safely say that I attribute most of my recovery and maintenance to eating this way. After having managed it for so many years, I know what my body can handle and cannot, and am able to live a very social life. I’m careful with what I eat on menus, but am not afraid to occasionally indulge, as I eat very healthily most of the week at home. I listen to my body. While the disease is something I will have my whole life, I know that I can take proactive steps, such as a clean diet and very sparing alcohol consumption, to ensure that I don’t have episodes often, if at all.

When I discovered that the National Pancreas Foundation’s primary office was just 20 minutes from my hometown, I was ecstatic and wanted to help the organization in any way I could. The past few years, I’ve become an advocate with the NPF and have participated in their campaigns to raise awareness.

I believe regardless of whatever struggle you may be facing, you should be living each day to the fullest. Life is so fragile and is the greatest gift, and I don’t want to spend any time worrying about what could go wrong; I want to be present and enjoy the life I’ve been given. To those of you who are or have suffered with pancreatitis, my best wishes and prayers are with you always. May you always be surrounded by positivity and love. I’m with you!