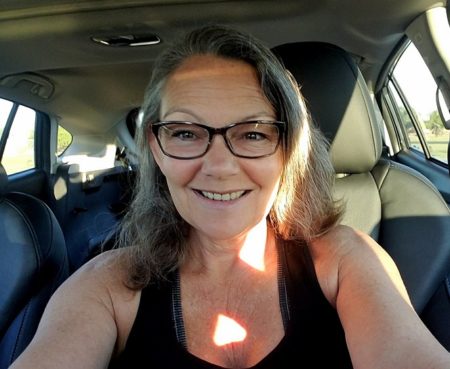 What did you think it was initially? My grandmother had passed away within a week of this flare so initially, I was wondering if it was a stress response. I then wondered if it was gallbladder related and went to the physician, as I was unable to eat, and had pain that radiated from under my ribs around to my back.

Did your doctors know it was pancreatitis right away? No. My insurance at the time was so ridiculous. I saw my regular PCP as I was not established with a gastroenterologist. They took a blood sample and eventually got me in for a CT scan when it showed an inflamed pancreas and enlarged bile duct. Two months later, I went to a gastroenterologist, who did not believe I had a bout with pancreatitis, and stated since a couple of months had passed, they had no idea what it could have been.

Fast forward a few years, to more abdominal issues, but minor in comparison to the acute pancreatitis. I was with an established gastroenterologist who referred me to another gastroenterologist who specialized in endoscopic ultrasound, as they were unsure the etiology of my upper abdominal issues. I had my first ERCP in 2015 and was told I had sphincter of oddi dysfunction and had a sphincterotomy. It was believed all my problems were solved at that point, until I had another bout of acute pancreatitis in 2016. I went to the ER and had a lipase level in excess of 10,000! Still, no mention of chronic pancreatitis. I had another EUS, gastric emptying study, HIDA scan and even though I did not have stones, they felt my gallbladder was to blame. So, for my birthday in 2017 my gallbladder was removed! My surgeon was concerned I had a choledochal cyst (enter my chronically dilated bile duct, that has been around since my earliest images). He and my gastro did not agree, so I went to the Mayo Clinic for a second opinion. He was skeptical that I had ever had pancreatitis due to the fact I had not had previously been admitted to the hospital. I submitted all my previous imaging studies and records. I had another MRCP, as well as another EUS and I was finally given a diagnosis of chronic pancreatitis. I was also told there was nothing that can be done as there is no treatment or cure. I have pancreatic atrophy in the tail of my pancreas as well as calcifications (that are common with pancreatitis).

I recently had another ERCP due to recurrent issues with significant pain that would wake me in the middle of the night. It was found that I had a completely closed (due to scarring) duct. Another sphincterotomy was completed, with stent placement. I developed acute pancreatitis from the procedure, and did not do well with the stents that were placed. Thankfully stents were removed the following week and I have been fine since!

How often were your hospital stays? I have been extremely fortunate that I have been able to manage my pancreatitis from home without hospital admissions (though I have had the ER visits). 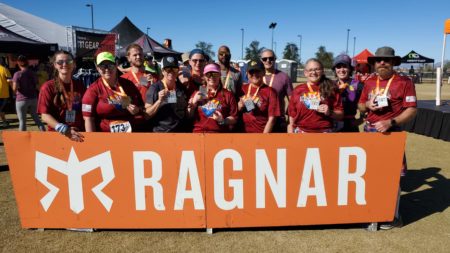 During a Ragnar Relay

What was life like before your diagnosis? What about now? I have suffered abdominal issues most of my life without answers and being told that my abdominal issues were “all in my head” or “stress-related”. I would visit my PCP or gastroenterologist and discuss abdominal issues, to no avail as for a significant period of time, no one knew what was causing them. There was no rhyme or reason to what would cause me to have issues. It is still unknown what triggers my pancreatitis. I believe I have been put on many medications that I did not need, and that are not necessary. So, I just live life and try to remain active. I am so fortunate at this point as I am able to continue to work and run, but I never know when I may have significant issues. My other concern is not knowing when to go to the hospital, or what will happen if my ducts continue to scar and become blocked. 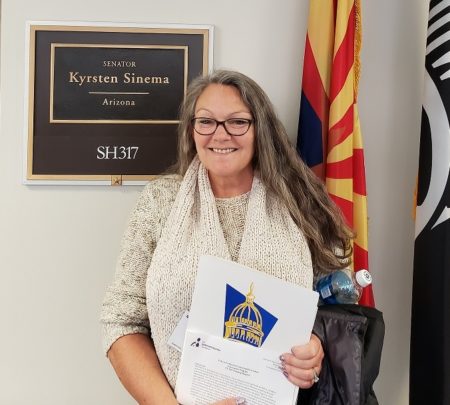 Any illness will take a toll on you mentally and physically. What piece(s) of advice would you provide to other pancreatitis patients? I was diagnosed with COPD and chronic pancreatitis in the same year. I will confess I went through a bout of depression, nothing clinically diagnosed, however, I absolutely was feeling pretty helpless and defeated. The beauty of that is that I am a social worker, so I had an advantage in some ways, in that I had insight as to what was occurring. We have many choices when faced with a chronic condition diagnosis. I would encourage anyone who has recently been diagnosed, or had a loved one diagnosed to reach out to your physician, The NPF, or local NPF Center and start the process of educating yourself with factual, reputable information about your condition, rather than outdated, inaccurate information. Second, self-care!! I cannot express the importance of this one enough. Clearly, this looks very different for everyone. My self-care ended up being running, which I always previously hated. Finally, finding a supportive network of people you can talk to, enjoy spending time with (virtually if needed!), ways to relax and de-compress both mentally, physically and spiritually.

How did you and your family learn about The National Pancreas Foundation? I was pretty frustrated that I was not provided more information when given a diagnosis about having a chronic condition from my doctor. I completed my own online research and thankfully stumbled upon the NPF. It was a relief to find an agency devoted to nothing but the pancreas, not just pancreatic cancer, but also information on acute and chronic pancreatitis and looking to help find a cure. The NPF has been a huge source of information and support and helped me want to create the AZ Chapter, as I know I am not the only one in AZ dealing with pancreas issues.