My Journey with FCS – Darlene’s Story 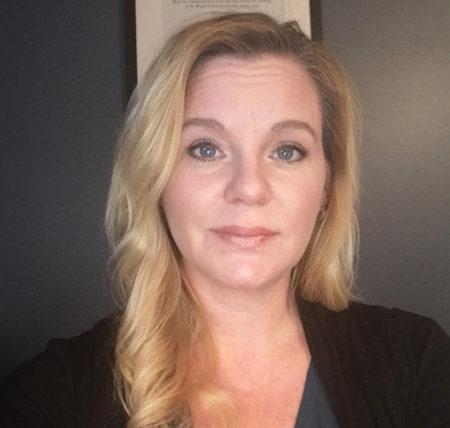 How old were you when you had your first bout of FCS? What did you think it was initially? I had my first bout of FCS as an infant; about 3 weeks old. Of course, I don’t remember anything about it, but my parents had no idea what was going on. I was crying a lot and not eating so my mother brought me to the pediatrician who immediately sent her to the Emergency Room.

Did your doctors know it was FCS right away? If not, what did they think it was and how did they find a specialist that diagnosed it correctly?  The doctors did not know what was wrong with me right away. I had triglycerides in the 20,000’s (normal levels are <150) and needed a lot of testing. Once they knew it was a lipid disorder and had me stabilized; I was referred to a lipid specialist at John Hopkins University Hospital in Baltimore, MD.

How often were your hospital stays? I was lucky enough to be diagnosed early but I still had episodes of pancreatitis. My first was at infancy and I stayed in the hospital for a few weeks, then around 8 years old, and stayed for about a week. After that, I did not have pancreatitis again until I was pregnant with my first child at 23. That pancreatitis attack was the worst attack I remember having. I was in the ICU for weeks and ended up losing my pregnancy at 22 weeks gestation. Since then I have had two children and continue to have pancreatitis about once every three years. Typically, I’m hospitalized for 3-5 days. I’ve had my gall bladder, my spleen, part of my pancreas, and part of my stomach removed all due to complications from pancreatitis and FCS.

Did your parents into research mode trying to read up everything there was to know on FCS? How did they try to explain the diagnosis to you in a way that you could understand? Back in the late 70’s there really wasn’t a lot of information to find on the topic. My parents worked with the specialists at John Hopkins and did genetic testing for our family to finally have me diagnosed with FCS (which then has referred to as familial hyperlipidemia, or familial hypertriglyceridemia). Luckily, no one else in my family was diagnosed. 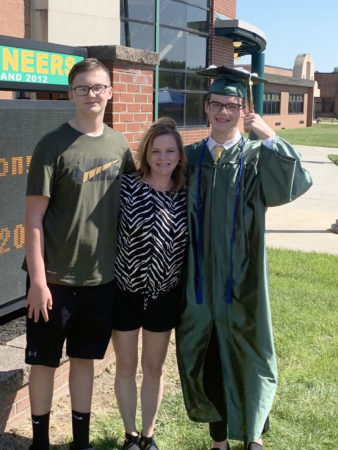 What do you have to do differently to work around this rare disease? What are the challenges? What’s a typical day for you in terms of food?  I often joke that my life revolves around food. Having FCS is difficult because you can’t eat what you want or what everyone else is eating, which you wouldn’t think is a big deal but when you are always having to explain why you can’t have certain things it gets overwhelming. People don’t really understand what it’s like to have such a strict diet that you must follow, or you will be sick.

Social situations can be difficult and isolating when you can’t be like everyone else, especially those that revolve around food and alcohol like weddings and parties. I typically cook my own food as eating out is difficult. I eat a lot of lean proteins like chicken, turkey, and fish and I always try to eat before a social event so I’m not frustrated or embarrassed that I’m hungry but can’t eat anything that’s offered.

For people that are living with a rare disease, what piece(s) of advice would you tell them to help them get through this? What would you tell patients? I would tell patients that although sometimes it can be very difficult living with FCS things could be worse and to stay positive. I used to feel very guilty when I would get sick because I felt like I should be able to control the symptoms with my diet, but I found that’s simply not the case. I’ve had times where I haven’t eaten anything high in fat or out of the ordinary and just got sick. I would tell patients to be good to themselves and know that you are doing your best and if you get sick it’s not your fault.

For you personally, what has helped you the most? Understanding that pancreatitis is not my fault and I can’t always control it has helped me feel better and less guilty with myself. I try to find a balance between following this diet and living life to the fullest. Also knowing that new treatment options and medicines are in the pipeline helps me to maintain a positive outlook.

How did you find the FCS Foundation and how are you giving back to the community? I found the FCS Foundation through the rare disease website a few years ago and joined as a board member in September 2019. I love meeting others with this condition as I’ve lived 40 years before meeting someone else with FCS. The community has helped me so much with feeling connected to others who can truly relate to my struggles. I’ve also had a lot of life experience with FCS with some unlikely complications that allow me to offer unique insight to other patients new to FCS.