My pancreas journey started in the late nineties when I was in my fifties. Doctors had no answers for my intense abdominal pain, pain that brought me to my knees.

I was diagnosed with digestive issues, pre-ulcers, and treated with prescriptions and over-the-counter medications for several years. I had endoscopy procedures and colonoscopies. Nothing helped. 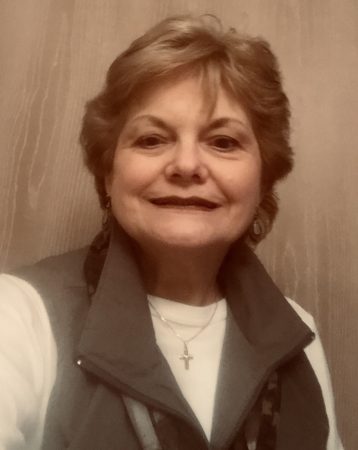 I saw Dr. Lehman and was given the same diagnosis as my sister. He did an ERCP, cut the valve, and put in a stent. Over time, Dr. Lehman performed several ERCP’s on me, the last time doing extensive cutting of the valve, and that proved successful as my flares came less frequently.

By then the Ohio State University Wexner Medical Center opened a pancreas division which was closer to my home, and the next time I had issues I saw Dr. Royce Groce. He and the gastro center have aided tremendously in my struggles with pancreatitis. Two nieces and two daughters were diagnosed with the same condition.

My own journey has included many tests, procedures, and two celiac plexus blocks in the nerve to the pancreas at OSU. All have moved me forward. I have chronic pancreatitis, which still leaves me with a lack of appetite, weight loss, fatigue, and bouts of diarrhea. And yes sometimes with pain.

At the age of 75, I’ve dealt with this disease for twenty years, I finally know what it is. I know what to expect. I know what helps and I know what doesn’t. I’ve learned I have a bit of control over my disease. Eating a balanced high fiber low-fat diet and having several small meals a day helps. Taking my prescribed meds, getting plenty of rest, and keeping stress at bay keeps me healthier.

My advice to anyone who’s been diagnosed with pancreas disease is to find a doctor who specializes in the pancreas. Such specialists are found at large medical centers and offer an array of procedures that improve each year. It’s worth traveling to get help for this painful disease.

My poem, Pancreas Weeping*, was written when I was in the throes of a pancreas attack several years ago. I’m an anti-pain-pill person and I’d have a fight with myself over whether I wanted to take a pill. Usually, the pill won – not because it took the pain completely away but it gave me enough relief that I could go about my day and feel somewhat productive. There’s nothing worse than being ill and not able to care for oneself.

I’ve joined several pancreas support groups on Facebook. That’s where I discovered the National Pancreas Foundation. Recently when I was on the site, I ordered the cookbook, Healthy Family Recipes for Pancreas Disease. I plan to try several of the recipes.

Staying busy helps me deal with my condition. Since I’m a writer, I find that immersing myself in a writing project takes my mind off health issues and I can go away into other worlds where pancreas disease and pain do not exist.

The pain of the pancreas
Gnawing gripping weeping
Holding me in its possession.
Only a pill releases me to sleep
To dream of people
Walking in
And out of my life
Leaving impressions
Of Unfinished Business.
Upon awakening
The pain of the pancreas
Finds me, brings me
Back into its clutches
Should I take a pill and
Let people finish their business?
Or suffer pain
Walk the floor
And think of dreams dying.
– Barbara A. Whittington