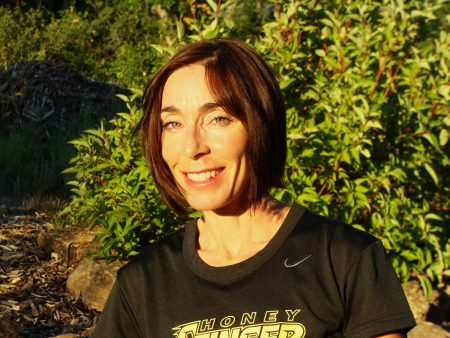 It is exciting for me to report that I competed in the American Birkebeiner Cross-Country Ski Marathon, an experience that I will carry with me over the next year

The American Birkebeiner is the fourth largest cross country ski race in the world with over 10,000 competitors taking part in either the classic or traditional type of skiing and freestyle, which is skate skiing.  The event is huge in that it draws the most elite marathon skiers of the world along with the most ardent enthusiasts.

It was an exciting morning for me, wake up at 4:30 am, kiss the kids goodbye, drive the three and half hours to Denver International Airport, park, board the shuttle, check in, and through security.  While in line, I chatted with the most wonderful older man, of whom I would love to know better and adopt as a grandpa, since both of mine had passed away when I was 10.  Anyway, since he was over the age of 75, he did have to experience the invasive X-Ray scanner, so we said goodbye, and as I watched him walk away I was thankful to have met him, yet sad to see him go…I would most likely never meet him again.

The flight and subsequent three and half drive to Hayward/Cable, Wisconsin, which is about 40 miles south of Lake Superior, was uneventful and relaxing.  I savored each mile once I left the twin cities of Minneapolis and St. Paul because the countryside, although, covered in snow, was enchanting.  The rolling terrain, old and established farms with their enormous timber-framed barns, was a remarkable sight.  I finally arrived at my destination; somewhere deep in the woods between Hayward and Cable, on snow packed roads, but rumored to have Timberwolves roaming within the region.

I stayed with a retired law professor, who is also the race director, an outstanding cyclist and skier, and the most wonderful and generous host.  His home has two over-sized garages in which he stores some beautiful foreign autos below two charming and well-appointed apartments.  Upon my arrival, I was greeted by a Swiss skier, Ursina, ranked 4th in the world cup marathon series for women and a Russian, Natalya, a mother of an eleven-year-old, and former national team member and full-time skier.  Wow, I thought, I am staying among some fast skiers, how cool is this!  Later that evening, our other housemate arrived, a male Olympian for the U.S. Team in Torino, 2006.

It has been a long time since I have experienced life as a professional athlete, but my mission at the Birkie was to perform well and ski with the elite group of 10 to 15 throughout the race, so this meant I had to prepare as a professional.  Since, I only had three days left until the big day on Saturday; I planned to relish the moment.  As a mother of two, with a full-time career as a CPA, deep into the tax season, I rarely have a spare moment.  Sleep is another quandary daily, as I never get enough, usually 6.5 to 8.0, which might seem adequate to most, but the training load adds stress on the body.   Recovery is extremely important!  Okay, so here is my treat, three days to myself, with only ME to think about, care for, answer to, live selfishly, and cautiously!

Race day morning can be nerve racking and hectic, but Saturday morning ran smoothly.  The elite wave of women (there were about 10 waves, start times, total) were fortunate to have the start at 8:00 am and a fresh track.  The girls and I arrived just after 7 am, where there were already thousands present, preparing skis, trying to stay warm within the warming tents, as it was snowing lightly, but rather chilly and the air had a lot of humidity.

Finally, it is time to start, where I landed a good position on the second row behind a women from the Czech Republic, ironically, I noticed her on Friday during training, as she was testing skis with her husband/coach and they looked dialed in and very professional.  She had great technique, so I figured she was a good bet to start behind for the 75-meter double pole start.  Double poling is where one stays in the two ski tracks and propels oneself along the trail with the use of just the poles, so it takes the legs, back, core, and arms to force the power through the poles.

We are off!  The race went well for me, although, I finished 16th in the Elite Wave, it was frustrating because my skis were not gliding fast on the snow, so I could not follow the lead girls with a huge struggle on the down hills in particular.  This same situation happened at a big race in Aspen, The Owl Creek Chase.

I did ski fast with the Czech skier, the reigning US National Champion, a former Birkie Champion, a Russian, and another top marathon skier from the U.S.  It was a great group, as we worked well together up until 8km to go, at which time we were only 3 minutes back from the lead group of women.

Suddenly, the elite men charged through our small group, engulfing us, which quickly threw the rhythm of our small pack.  One girl took off with the boys and the rest of us fought our way through sea of men, some of which peeled off the back of the fast train Italian skiers at the front.  All of a sudden, I felt the dreaded bonk, which is an abrupt loss of energy, low blood sugar and glycogen to full the muscles, a detrimental phenomena for any endurance athlete.  At this point, I had 6km to go, and the Czech girl and the former champion slowly pulled away from me.  This was mentally tough and a great physical struggle to keep going.

Finally, the last leg of the race, the dreaded lake crossing, which is a two kilometer stretch with a head wind and the one in which I warned to not ski alone. Only a couple of elite men passed me, but I was not strong enough with energy to hang on, so I limped across, rounded the corner to the town entrance and saw the finish line ahead.  With 300 meters to go, my heart was excited, yet I had the anti-climatic feeling of this is it, it is not how I wanted to finish, but I proudly skied through the town with intense focus on technique, as I knew thousands of people were watching, enthusiastically, to cheer on all competitors!

That is it, my Birkie race, was good, but not great; however, I look forward to next year’s race.  The intent is to go back with my skis fixed and fast, along with a strong mind, spirit, and body!

It has been a while since I last wrote; but the time has passed quickly and as usual, not without a lot of excitement.  On November 9, 2012, I woke up not feeling energized, the batteries running low, and it was the kid’s day off from school.  As I made French toast for the children, I contemplated staying home from the 2-hour roller ski session with the XC team I assistant coach.  I decided to go anyway.

After a short drive with the team it was time to hit the pavement.   The training started with 1 hour of double poling.  The training mode is new to me this season, as is roller skiing (short skis with two wheels, which takes good balance, coordination, and brevity for the down hills!), in which one must focus on using the upper body to propel forward and not stride or skate the skis.

After about 20 minutes of skiing along a remote country road outside of Steamboat in Routt County I began to follow some of the younger fast boys up a gentle grade.  My left ski pole got stuck in a small crack in the road, causing me to crash to the ground with my left hand flexed.  Of course, I screamed and tried to hold back the tears and not cry, but the pain was excruciating.   I had to pull myself together because, after all, I am a coach, and it is part of my job to set an example and be strong.  Hmm…

Several of the skiers gathered around me to console and offer kind words of inspiration for which I am most thankful because they did indeed help me get through the pain.  Moments later one of the head coaches approached me to analyze the situation. He looked at my wrist and arm, and asked if I was okay.  He was so kind, but I said, of course, I am fine and will continue with the training session.  I told him that I thought it was a strain or sprain even though I knew it was broken.

I removed my poles straps and went on to ski for another 2 hours holding my poles in my hands.  It felt better to ski rather than wallow in misery.  However, by the time we were in the van on our way home my arm and wrist hurt so badly that it was difficult to sit still.  I got home, showered, and went to see the doctor where he confirmed that I broke the distal end of the radius bone and it would be at least six weeks in this amazingly cool cast.  It was cheetah skin and removable!

Finally, after nearly three months I am free to use my arm without a brace for activities!

By the way, I wrote a while back about the trouble I had during the fall and late summer with bouts of pancreatitis, which seem to have subsided.  I had an MRI in November, which confirmed that the pancreatic duct was dilated, so one of my doctors surmised that perhaps, a stone passed.

Please look for my next blog in a couple of weeks!