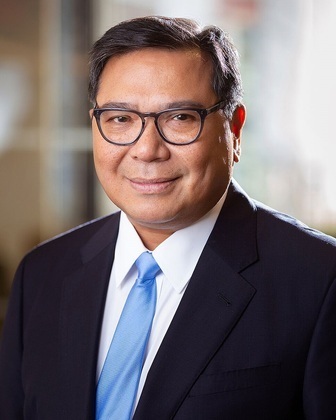 Paul R. Garrido is a Senior Vice President, Senior Financial Advisor and has been with Bank of America Merrill Lynch since 1987.

He has been advising ultra-high net worth families for most of his career at Bank of America Merrill Lynch. He is currently partnered with Raj Sharma, the Founder of The Sharma Group in The Private Banking and Investment Group of Merrill Lynch. Paul is motivated by the memory of his sister, Marita Petersen, who he lost to pancreatic cancer in 2018.

Prior to joining the firm, he worked in Corporate Research at Harvard Business School where he authored a quarterly report on Mergers and Acquisitions. Paul graduated from Columbia University in New York City with a BA in Political Science. He continued his graduate work at Harvard University in Cambridge, Massachusetts.

He graduated from the Merrill Lynch Advisor Leadership Program at The Wharton School at The University of Pennsylvania. He currently serves on The Board of The National Pancreas Foundation, The Jewish National Fund New England Executive Board of Directors; formerly on the Board of Trustees of the Advanced Math and Science Academy Charter School; and is a member of the Columbia Club of New York City, and The Harvard Business School Association of Boston.

Paul and his wife Cherry Maddela-Garrido live in Boston. They enjoy travelling the world to learn about other countries, cuisine, and customs. When they have time to relax, they challenge each other, both on the golf course or squash court.