Ruth was a 60-year-old woman who developed painless jaundice, and a CT scan revealed a 2.5 cm (1 inch-wide or Stage II) tumor in the head of her pancreas that appeared classic for the most common type of pancreatic cancer we call Pancreatic Ductal Adenocarcinoma (PDAC). Ruth lived over an hour away and didn’t volunteer much about herself or her family – she came by herself to our initial office visit – but she listened carefully as the statistics of pancreatic cancer and the risks and likely outcomes of the operation were explained to her. Then she responded matter-of-factly that she needed to go ahead with the operation.

At surgery, the tumor was free of the portal vein and was removed without difficulty, but enlarged lymph nodes were found and removed from behind the pancreatic head. She recovered from the operation without any problems, but the pathology report revealed that although the entire primary tumor was removed, multiple lymph nodes contained cancer cells. This meant that Ruth already had disseminated cancer, meaning that the tumor cells had already escaped the pancreas, which also meant that she had a very high likelihood of developing clinically advanced disease within a year or so and would not likely survive more than 2 years.

Ruth was advised to undergo chemo- and radiation therapy to delay a cancer recurrence, and again she listened carefully as the risks and side-effects of the adjuvant therapy were described. After a few days of thinking it over, she called to say that she had decided against the chemo- and radiation therapy and would take her chances without it. I asked her to reconsider, telling her that the disease would undoubtedly recur within a matter of a few months, but I couldn’t insist on her undergoing the chemotherapy considering the small margin of likely benefit at that time. We both knew that the likely improvement in survival after adjuvant therapy for a case like hers would be only a matter of weeks to months. I couldn’t object to her desire to stay healthy for as long as possible and avoid the inevitable side effects of the chemotherapy.

She announced that she had always wanted to see the rest of the country and had relatives in the Midwest that she wished to visit. So, she promised she’d keep in touch, and headed west in a new motor home she bought. A few months later, I received a postcard from her with St Louis Arch on it, and a note saying she felt fine. A few more months passed, and I received a Christmas card from California, telling me that she felt fine. Several months later, a postcard from the Grand Canyon arrived, and she said she felt fine and was enjoying the beauty of the Southwest but was headed to Minnesota to spend the summer with her relatives.  A few more months passed until I received a call from Ruth, who said that she was back home, and needed to come to see me.

When I walked into the clinic exam room, Ruth looked despondent and was deeply jaundiced, the color of a pumpkin. “I know it’s come back,” she said, “What do we do now?”  On CT scan, her liver was very shrunken, however, there was no sign of any tumor metastases. A needle biopsy of her liver confirmed advanced chemical hepatitis and her serum chemistries indicated that she was sliding into severe liver failure. The gastroenterologists were baffled as to how she had developed such a severe form of toxic liver disease. Then Ruth told us that when she was in Arizona, she had enjoyed a delicious tea made from the leaves of the chaparral plant that was considered an herbal delicacy by the natives (Figure 1). 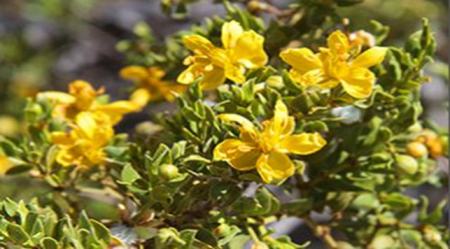 Figure 1. Chaparral, the leaves, and flowers of the Creosote bush (Larrea tridentata)

Ruth must have consumed a lot of the chaparral tea, as her liver was severely poisoned by this known hepato-toxin. Fortunately, she slowly recovered after a long hospitalization and regained enough liver function to be able to be discharged with diet and medications. Over the course of the next few months, she gradually regained her strength, and no sign of metastatic cancer ever appeared. Ruth started talking about heading west again (she’d left her motor home in Minneapolis), and again I cautioned her about the possibility of recurrent cancer. She said, “Doc, you don’t know what you’re talking about.” Three years later, Ruth was still sending me Christmas cards, each one of which simply said “You don’t know what you’re talking about. Love, Ruth.”

We think that the presence of cancer cells in the lymph nodes of patients with pancreatic cancer inevitably indicates that cancer cells are also present in the bloodstream, and in other organs such as the liver. Although the body’s own immune defense system is probably capable of killing a small number of these cells, it is very rare to see distant disease fail to appear in someone with lymph node-positive pancreatic cancer. In Ruth’s case, we wondered if chemical hepatitis killed not only the liver cells but any accompanying pancreatic cancer cells as well. Is chaparral tea a cancer-killing drug? Some animal studies of chaparral extract suggest that this may be the case. Because the chaparral plant contains a known hepato-toxin or liver poison, it is possible that Ruth took just enough of the tea to kill her cancer cells but stopped just short of killing her entire liver. Due to its known toxicity, it is unlikely that treatment with chaparral extract would ever be considered safe, and the herb is actually banned in other countries including Canada. More likely, Ruth’s chaparral-induced chemical hepatitis probably provoked an immune response that wiped out her remaining cancer cells. We will never know for sure.

The concept of using an herbal derivative for the treatment of pancreatic cancer is not far-fetched, however. In fact, one of the most exciting recent developments in the field has emerged from studies of a Chinese herb (Tripterygium wilfordii), also called “Thunder God Vine” which has been used by traditional Chinese doctors for centuries to treat conditions such as rheumatoid arthritis and other ailments (Figure 2).

The active ingredient is a compound called triptolide, which has the ability to inhibit the cellular production of a protein called heat shock protein 70, or HSP70. HSP70 promotes cellular survival during extreme stress (produced in the laboratory by high heat – hence the name). Pancreatic cancer cells produce a lot of HSP70, and it is thought to promote cancer cell growth and survival. Triptolide selectively blocks the cellular production of HSP70 and has a dramatic ability to prevent the growth of cancer cells in cell culture. 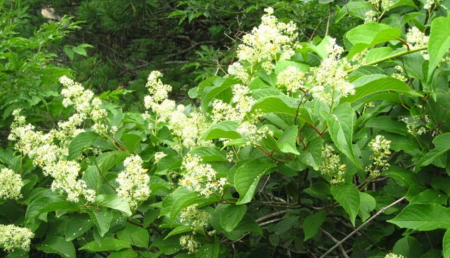 Triptolide can only be dissolved in alcohol, however, so it can’t be given to animals or man as a therapy. Researchers at the University of Minnesota were able to create a related compound which is soluble in water-based solutions and named it Minnelide (after their institution).  When Minnelide was given to animals with pancreatic cancer, the tumors virtually disappeared [ref]. Now the drug is in early clinical trials to see if it can arrest the progression of pancreatic cancer in patients with advanced disease.

Identifying the important role of HSP70 in PDAC led to a search for inhibitors of HSP70, which led to the development of a clinically safe drug to treat PDAC or other tumors which over-produce HSP70. This example of discovery and drug development is a model for new treatment discovery. Ruth’s experience encourages us to search broadly for new forms of treatment.