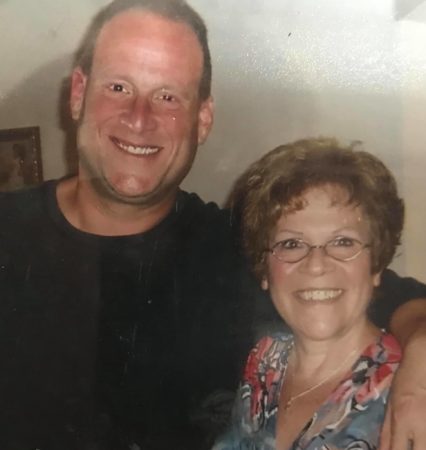 My name is Ruth Ericson. I am Rob Ericsons’ Mom. Before I start with Rob’s story, I would like to tell you what kind of man/son he was. Rob was joy personified and loved making people laugh. He worked in the food and beverage industry which included being a bartender to the assistant food and beverage manager of the Savannah International Trade Center. He was a cook and assistant restaurant manager at a large restaurant chain. But he was happiest behind the bar, serving and entertaining customers with his endless list of jokes. He was fluent in Spanish so he got along very well with the back of house employees.

Rob was 45-years-old when he was diagnosed with pancreatitis within hours of entering the hospital in December 2012. He experienced severe stomach pain for about a week before he called an ambulance for himself to take him to the hospital. I learned from his co-workers that he would go outside to vomit almost every day for a week. I did not know what pancreatitis was and I don’t think he did either. Rob called me on December 12, 2012, to tell me not to worry but he was in the hospital, in severe pain and the medical staff thought he had pancreatitis. I immediately attempted to obtain a flight to California, where he lived, and called him the next day but his phone kept going directly to voicemail. I called the nurses’ station and was told his lungs had shut down and he was on a ventilator so they had shut off his phone. I arrived the next day and he had been transferred to a larger hospital because by then his kidneys had shut down so was placed on 24-hour per-day dialysis. He had also been placed in a medically induced coma. He had 9 specialists working to save his life while he lay in the ICU for 6 weeks. I stayed in his apartment and used his car to get to the hospital every day for those 6 weeks. My husband wanted to join me but I was so convinced that Rob was going to survive this attack that I kept telling him to wait until he was no longer in a coma and was able to communicate with us. I knew this was going to be a long road. The doctors told me that if he survived he would be diabetic and insulin-dependent, his kidneys were not functioning so he would need constant dialysis and he would be fed through a tube that would be placed in his neck. The surgeon (one of the doctors on his team) asked me and my husband to join him in a small room one evening. He asked me what I wanted to do if my son’s heart stopped. I said, “what do you mean what do I want you to do? I want you to save his life.” The surgeon replied, “how many times?” I asked the surgeon if had any children. He told me he did. I asked him what he would do. The surgeon said, “I would let him go.” I told the surgeon I couldn’t do that. I was crying hysterically. 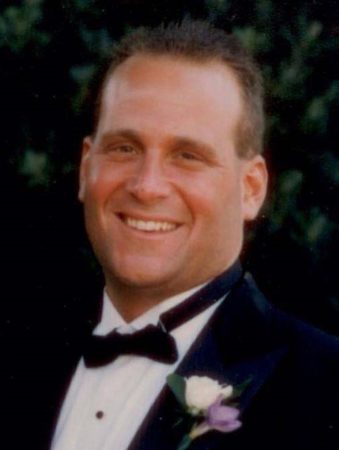 My son was in the ICU at Mission Viejo Hospital the entire time he was treated for pancreatitis. The doctors kept wanting to take him off the ventilator but every attempt resulted in my son’s blood pressure going sky high. Finally, they were able to take him off the ventilator and insert a trach. It took 5 people and 2 elevators to get him to the operating room because he was hooked up with so many tubes and IV’s.

My husband and I were about to go back to Rob’s apartment one evening when my husband said, “let’s stay a few more minutes.” I didn’t realize my husband had been watching the heart monitor and didn’t like what he was seeing. Suddenly, a Code Blue was called. The staff tried to bring him back twice. The first time they were successful. About 20 minutes later my son went into cardiac arrest again and this time they couldn’t save him.

My husband and I were allowed back into his room. I kissed him and told him that I had done everything I could do for him. My last words to him were, “I love you and I’ll see you on the other side.”

It took my husband and myself about one week to clear out Rob’s apartment. Rob and I had rescued a dog, Charlie, 2-1/2 years prior to his death. Charlie is a “dorky”…part Dachshund and part Yorkie. Charlie is still with me. I don’t know what I would have done without Charlie by my side. My son had been engaged twice but not married and no children. 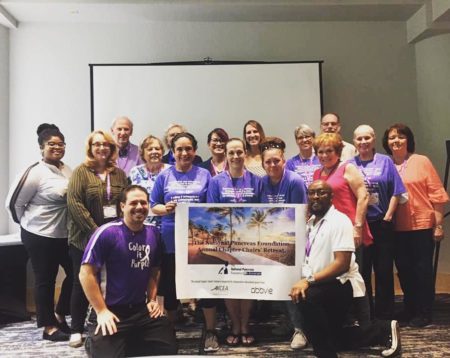 As I stated previously I had no knowledge of pancreatitis. I, for sure, didn’t know that it can be deadly. I wish my son had tried to seek medical help and not waited a week. I wish the medical staff hadn’t asked me so many times if my son was a drinker (which he wasn’t). I found it upsetting and insulting. I explained to them I visited my son 2-3 times per year and stayed with him at his apartment. This particular time was no different. There was no alcohol in his apartment when I arrived there. I doubt my son took the time to clear out his apartment before the ambulance took him to the hospital.

I think I was in a state of shock the following year. Then a new fad started…rubber band bracelets. I work for Starbucks and my store manager was kind enough to allow me to sit either inside or outside during my time off from work and make these bracelets. I didn’t place a price on these bracelets. I told people all the money was going to the National Pancreas Foundation (NPF) and to give whatever they could afford. I raised $2,000. The following 4 years I hosted fundraisers. I had 2 bowling events, a Casino Night, and a trivia function. This was my way of keeping my son’s memory alive and helping the NPF raise money for research and awareness for this awful disease.

Last year I was asked if I would become the Illinois Chapter Chair for the NPF. Again, by being involved I hope I can help other people and their families so no one else has to go through what my son, Rob, went through and what his brother and sister and those that loved him went through.

Losing a child, no matter the age is life-altering and devastating. All a parent wants is to get that child back. Realistically, that isn’t going to happen. So, in my mind, to be active in keeping his memory alive and helping other people keeps me active and positive. I hope a cure is found within my lifetime.