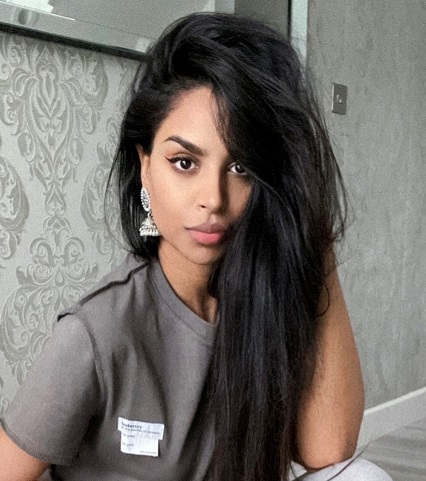 How old were you when you had your first bout of FCS? What were the symptoms?

When I was a baby, younger than a year old, I had a soft lump on my upper back just between my shoulder blades. My parents had taken me to the doctor to get it checked out. They said it was a fatty deposit and that it was harmless, however, it may grow bigger, and they gave my parents an option to have it removed. So, I had an operation to have it lump removed. Thankfully, it didn’t return and that was the only one I had. At the age of 4-5 (perhaps even younger), I was getting frequent stomach aches. It was followed by vomiting and was lasting a long time, approximately a week, sometimes more. After doing blood tests and some further investigation, I was diagnosed with Hyperlipidemia Type 1, also known as FCS.

Did your doctors know it was FCS right away?

It was diagnosed as FCS pretty much right away. My blood tests showed that my triglycerides were sky high, plus I had a lot of the other symptoms of FCS such as vomiting and pain in the upper middle of the abdomen, also known as acute pancreatitis, high fever, jaundice and more. I was referred to a specialist at a lipid clinic where I had follow up appointments. I would get sick around 5-6 times a year and during each episode of pancreatitis, I was admitted to hospital, staying a week at a time. This meant I was missing a lot of school too.

What do you have to do differently to work around this rare disease? What are the challenges?

I had to make a lifestyle change from the age of around 6-7 years of age. I was told to eat a complete low-fat diet to stop my triglycerides from rising. As a child this was really hard as I didn’t really understand the seriousness of the condition. Attending parties and other events like weddings was particularly difficult because of limited food options available and the fact that there is always unhealthy foods such as cake, pizza, chocolate, fried or fatty foods. I also come from a South Asian background, so weddings were always a nightmare as Indian food is the most unhealthiest. Right after the diagnosis and being told I can’t eat fatty food, my mum started cooking separate food for me. I would still have Indian food at home, but it was cooked with almost zero amount of oil.

How did you learn how to navigate social settings with FCS as food plays a huge role in social gatherings.

A lot of the times I would eat at home before attending an event or take done food with me but this was always an awkward and embarrassing situation for me as people would always ask questions and assume I was just extreme dieting to stay slim. It affected my mental health a lot and there were also times where I would just eat the same as everyone else to stop myself from looking awkward or look like the ‘odd one out’. Of course, I would pay for it later on by getting pancreatitis. Because no one had heard of the condition, they didn’t understand it at all and thought I was being overly dramatic when I said I can’t eat more than 10g of fat per day. During my younger days, I didn’t really understand the condition myself as my consultant at the time hadn’t explained it properly. He even said he didn’t know much about it and just told me to ‘eat a low fat diet’.

So, when someone asked me why I can’t eat fat I wasn’t entirely sure how to explain it, this why they never really believed me and assumed I was just obsessed with staying skinny. I was always told I was just being fussy with food, difficult, or awkward and if I didn’t eat at a wedding, for example, they would tell me that it ‘doesn’t look good’. Now, when someone asks, I usually tell people that my pancreas basically doesn’t work as it should. People with FCS have difficulty properly metabolizing or absorbing fat. This is because they lack, or have limited amounts of the enzyme lipoprotein lipase, or what enzyme they do have doesn’t work. So, if I eat any kind of fat (good or bad) it causes my triglycerides to rise which then results in me getting pancreatitis. I think that’s the simplest way to explain it.

Any illness will take a toll on you mentally and physically. For people that are living with a rare disease, what piece(s) of advice would you tell them to help them get through this and what has helped your mentally?

Firstly, educate yourself. Make sure you fully understand your condition so you know what type of support you might need.

Secondly, raising awareness helps a great deal. You don’t necessarily have to tell the world about it, if you don’t feel comfortable sharing with a large community/audience but educating people around you, like family and friends, so that they can support you is also important. However, I found that support from family and friends isn’t enough. They don’t have the condition themselves so they will never fully understand which makes it difficult for them to support you in the way that you may need them to. I didn’t talk about my condition until about 3 years ago. I felt so alone, mentally drained and isolated. No one really understood my condition, so they didn’t know how to support me. 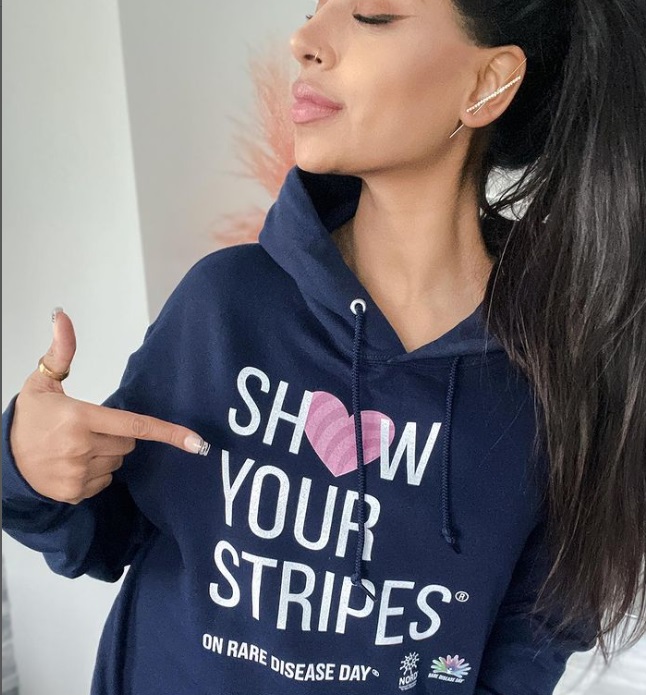 Connecting with other patients has motivated me and helped me stay strong because it’s a clear reminder that you are never alone.Once I started opening up about my condition, I started finding support groups and pages online. After all these years I realized that there were more people just like me. They were also happy I connected with them.

In doing so I have seen a change within myself, I’ve gained confidence, and have become a much stronger minded person.

Using your own experiences to help someone else and receiving support from them in return can be rewarding and meaningful as it helps you feel connected. Engaging with an online community can be a great source of connection. You might find like-minded people who are going through the same things as yourself. This may reduce the feeling of loneliness and help you feel understood. If you are still struggling then you may need go seek professional help. The stigma surrounding mental health can make it less likely that people will seek professional help but if you feel like you’re struggling to accept your condition or talking to people you trust just isn’t enough then seeing a therapist or a counsellor is definitely something that should be considered. Remember, talking to someone is nothing to be ashamed of.

Can you talk about how culture and having FCS can impact a person’s journey and how can a patient advocate for themselves through this challenge?

If this was 10 years ago, I know for a fact that talking about my experience with FCS so openly to even other family members let alone a huge online community, there would have been a lot of frowns and judgmental comments. For years, South Asians have been conditioned to stay absolutely quiet and not talk about any kinds of issues regarding one’s physical or mental health. We are led to believe that we must never tell anyone, especially within our community that there is ‘something wrong’ with us because it doesn’t look good, people will look down at us. This mentality right here is the reason why more and more South Asian’s are suffering in silence and developing mental health issues. I refused to follow this backwards mentality, so I wanted to break the cycle and let other South Asian’s know how important it is to advocate, educate and help raise awareness because by doing so you are helping so many people without even realizing.

How can friends and family help?

Friends and family can help by educating themselves, asking questions if there’s something they don’t understand and by supporting as much as they can. Even having the smallest amount of support makes us feel understood and less lonely.

Thank you Soniya for sharing your story and using your platform to raise pancreas disease awareness, especially around FCS!